Sunrise and Sunset at the Grand Tetons 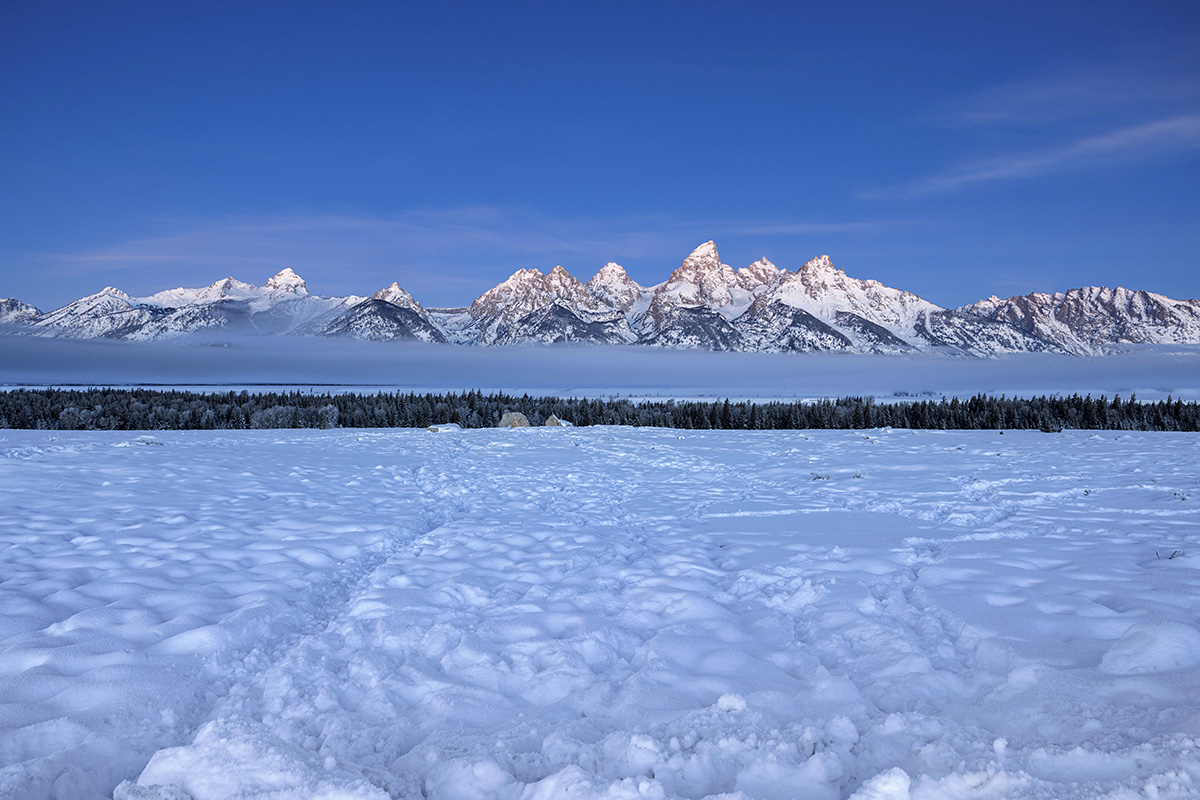 On our second day at the cabin near Grand Teton National Park, I woke up well before sunrise and drove about an hour into the park hoping to catch a colorful sunrise. The temperature in Victor where we were staying was a balmy 20 degrees when I left. As I drove into the park the temperature dropped considerably. The forecast was calling for single digits, but I watched the temperature guage in the car continue to drop until it reached -12 degrees!

There weren’t any clouds in the sky so my hopes of catching a spectacular sunrise quickly faded, but there was a band of fog that sat over the Snake River dividing the flat valley area with the Tetons. I found a spot to pull over, set up my tripod, and then hopped back into the running car to stay warm. I can operate my camera using my iPhone so that was very helpful. I only hopped out a few times to move the camera around for different angles. It worked out great, but my camera was frozen solid by the time I finished up.

Despite not having any clouds there was a hint of pink and oranges that contrasted the bright blue sky. As the sun rose and started to hit the Tetons the alpenglow was nice and warm adding some color as well.

I drove back to the cabin we were staying at and went back to sleep. Everyone was still sleeping when I returned and they had no idea I’d driven a hundred miles total and sat in sub-zero temps for an hour waiting for the sun to come up.

Later in the day, we went to Driggs just up the highway. There was an ice sculpture display in the center of town we spent some time at and then headed up a road towards the Targhee Ski Area. We found a nice spot to see the back side of the Tetons as the sun was setting so it was cool to see both sides at sunrise and sunset.