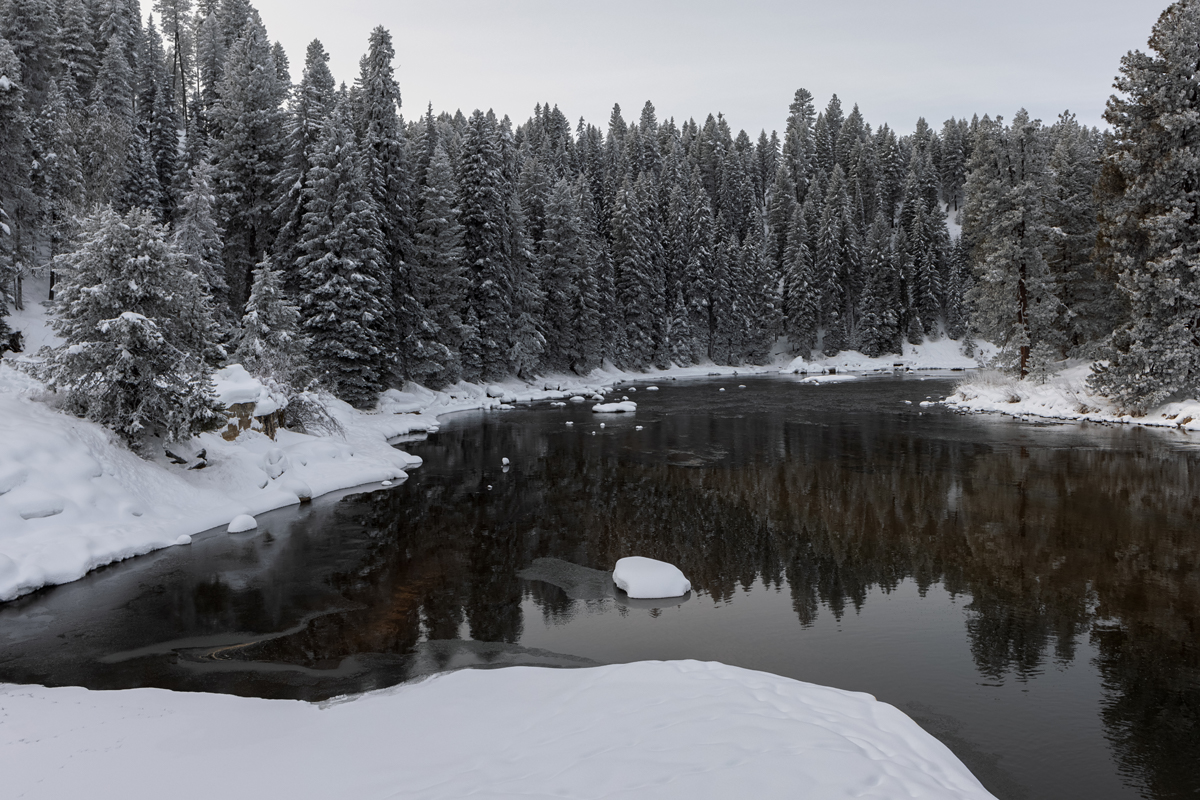 We decided to drive up to the snow on Sunday. It’s been a pretty mild winter so far and the girls were itching to play in some snow so we decided to head up near Cascade.

As we drove up along the Payette River we could see the river had some frozen spots and was dotted with granite boulders covered in snow. Due to the snow plowed to the side of the road there were few chances to pull over so we just enjoyed what we could see from the road.

I pulled off onto a side road and drove for several miles. The road was covered in snow, but the car handled it well and made the drive prettier. We stopped at an area for cross country skiing to use the bathroom and the girls played a little bit in the snow.

Down the road a little further we came across a bridge that crossed the Payette River. I think it’s the spot where all of the rafters start out during the warmer months. Victoria and I will have to sign up for one of the trips this summer so we’ll know for sure.

We walked around for a little while taking photos and I flew the drone for a short time. Due to the cold temps I didn’t want to fly very long and risk an issue with the batteries. Definitely a picturesque spot to photograph, though.

We head back home after a couple of hours. We did make one stop along the river on our way back down so I could attempt to fly the drone and get a shot of the river that we couldn’t see from the pullout. It’s nerve wracking trying to navigate trees, etc. when you’re still getting used to the controls.

The rest of the drive home was uneventful. We had a good time and we’ll have to try to get up again before Spring.