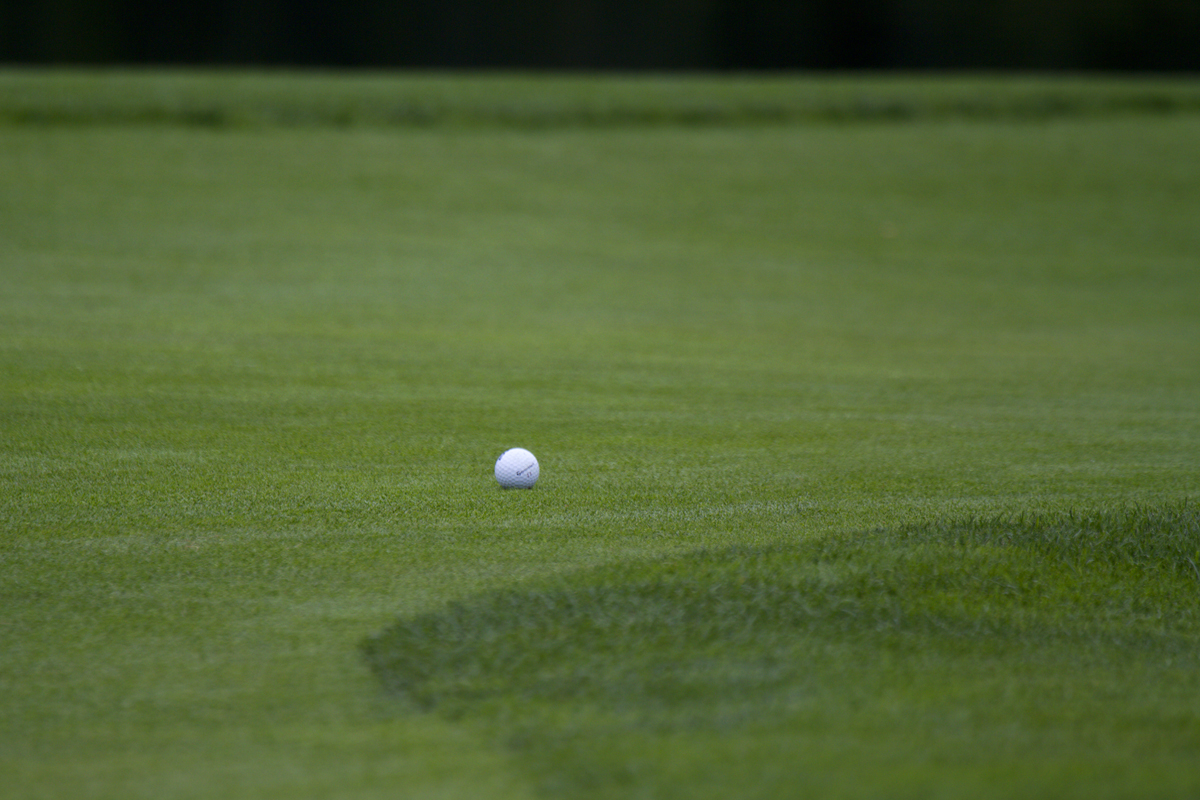 This past weekend the LPGA made it’s annual stop here in Portland for the Portland Classic. It’s the longest running non-major tournament on the LPGA Tour and I thought it would be fun to take Victoria out to watch a practice round.

We went to the course on Wednesday so we could bring a camera to take photos, as well as watch the players in a more casual manner. I wasn’t sure how Victoria would be if we were expected to be quiet during tournament play so this seemed like a good option.

I made a simple sign for Victoria to hold asking for an autographed ball. I wasn’t sure if she’d be brave enough to hold it up, but she did great. At first, she sheepishly walked up to the players with her sign and they gave her a ball. Once she figured out she got a prize for holding up the sign she had no trouble walking up to the players to ask for their autograph and a ball.

Every player that we saw signed and gave her a ball. A lot of the players sat down and talked with Victoria for several minutes and took their own photos with their cell phones. Cheyenne Woods, Christina Kim, Brooke Henderson, Belen Mozo, Morgan Pressel and Kim Kaufman spent a lot of time each talking with Victoria. Christina Kim even went over to her bag and took a hat out to give to Victoria. They all seemed genuinely excited to see Victoria out watching them play. When we got home later in the evening I went to the LPGA web site and several of the players had posted photos with Victoria to the Social Hub page. It was cool knowing that Victoria made an impression on them.

We spent about 5 hours walking around the course watching the girls play. The only disappointment for the day was that there were 7 Thai girls playing in the tournament, but none of them played in the Pro-Am, or could be found on the driving range. I think Rotchana would have enjoyed speaking with some of them. Maybe next year.

Victoria ended up with a signed hat, several photos, and 20 signed balls for her efforts. She really seemed to enjoy the day. I’m excited to take her out again next year. We’ll have to come up with an even bigger plan for signatures next year!