Day Trip to the Beach 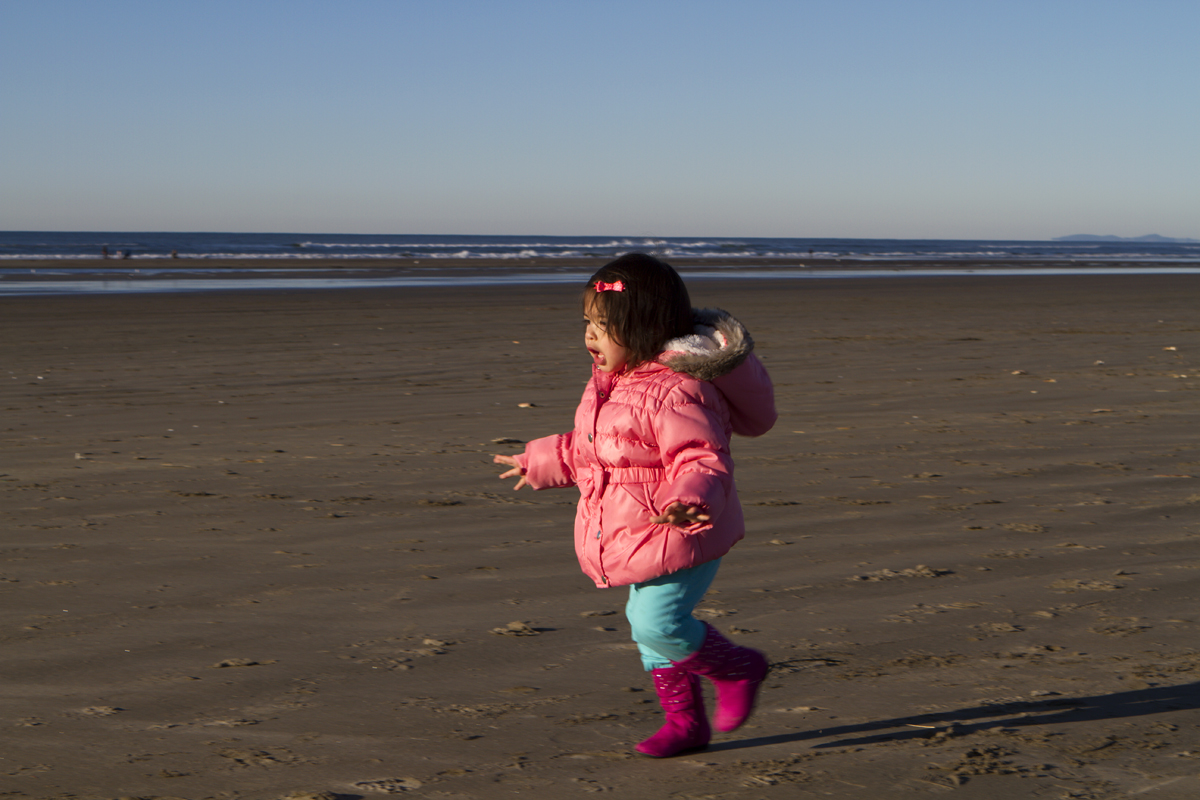 We’ve been up here in Oregon for about 5 weeks or so and we finally took some time to go out and explore. I had the day off before New Year’s Day and the sun was out so we decided to head to the beach.

Our destination was Seaside, Oregon. It’s about a 70 mile drive from Beaverton so it took about 1 1/2 hours to get there. It’s a pretty scenic drive through some hills and forests, and there were a lot of small waterfalls on the side of the road along the way. There were even spots in the shade that had some pretty thick icicles.

When we arrived at Seaside we found a parking spot near the walking trail near the beach. It was cold, but at least there wasn’t any wind so being in the sun wasn’t all that bad as long as we kept moving. There was a small trail that led down to the sand and we spent about an hour wandering up and down the hard packed sand.

Victoria enjoyed stomping on the empty crab and clam shells that were scattered about. I think the seagulls were her favorite part, though. It wasn’t too long ago that she didn’t like touching sand, but that seems to be a thing of the past now.

We got back into Beaverton around 6:00pm in plenty of time to eat dinner and settle in for the night watching some movies. We stayed up just past midnight and then went to sleep so I could get up early to work the next morning.

Hopefully we’ll get some more nice days to get out and explore more new places in the next few months. Just hope it warms up a bit.