What Happened to Winter? 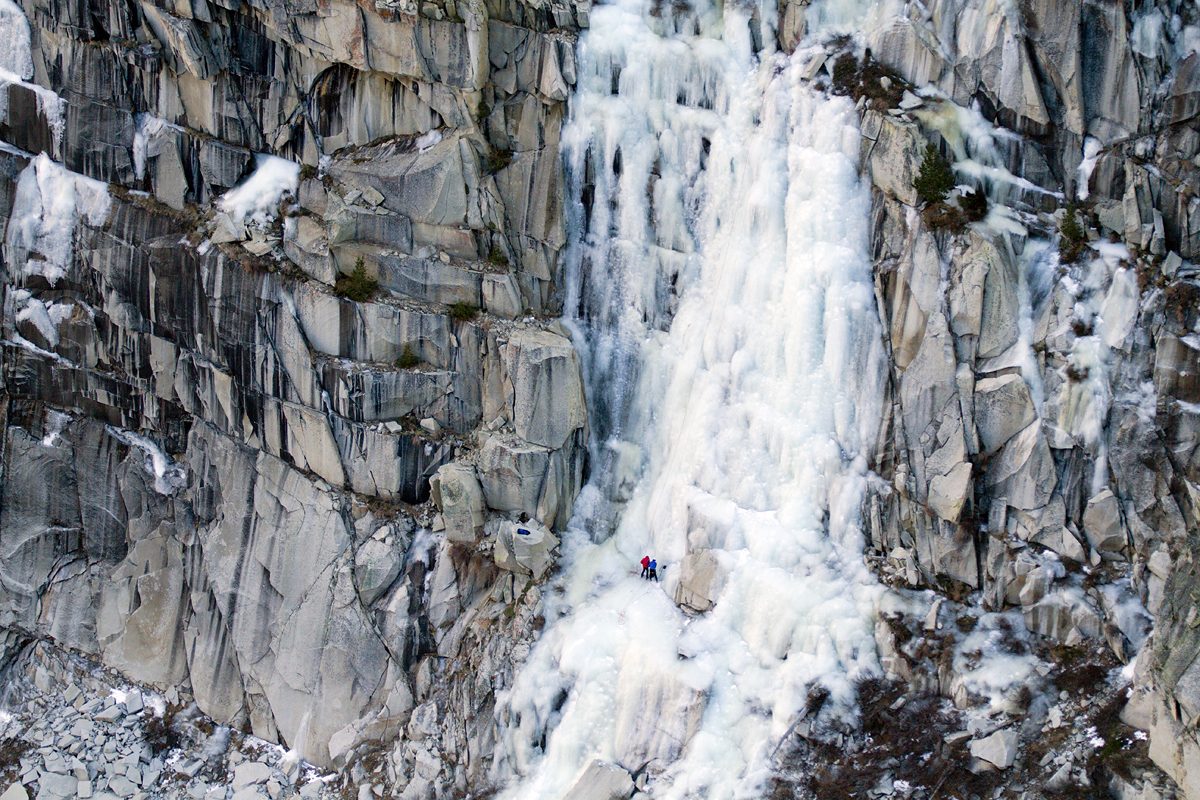 Yesterday I thought I’d take advantage of a rare opportunity to drive up over a couple of Sierra passes that are normally closed by now. Winter storms normally move in during November, drop a bunch of snow, and the roads over the passes close down until late Spring. Not this year. There has been very little in the way of snow the past couple of months so the mountain passes remain open to traffic.

I left around 10:00am and headed up highway 120 towards Sonora. 120 splits off just before Sonora and heads towards Yosemite, but I decided to keep heading east on Highway 108 to go up to the Sonora pass. As I got higher up in elevation I still didn’t see any snow. It wasn’t until I got up over the 7,000 foot elevation that I started to see small patches that were protected by shade. It looked more like the middle of June rather than January.

Just past a small town named Dardanelle I stopped to see if there was any water running in the Stanislaus River that runs alongside the highway. There was more water than I had expected. The neat thing about the river is that the areas hidden in the shadows were covered in ice. There may not be any snow around, but the temperatures are still very cold. There’s a small stretch where the river runs through an area about 100 yards long that is bordered by huge granite boulders creating a narrow chasm. It creates a few small waterfalls, and also some nice collections of ice. I climbed where I could to take a few photos, but I tried to avoid getting too close to the edges. I wasn’t much in the mood to go swimming and I hate cold water.

I hopped back into the car and continued up to the summit of the Sonora Pass. I kept expecting to see some snow, but other than piles that remained from the last snow plow a month or so ago there really wasn’t much to see. When I got to the summit I stopped and it was more of the same. Here it was the middle of January and I’m standing at an elevation of just over 9,600 feet and looked like the middle of summer.

When I got to the end of Highway 108 I had to decide how I was going to head back home. I could have turned around and gone back the same way, headed north to Crescent City and then back down past Tahoe, or go south and return through Yosemite National Park via the Tioga Pass. I chose Yosemite.

While I was driving towards Highway 120 that would take me up through Yosemite I passed by Mono Lake. The water level was looking lower than I had ever seen it. The water was perfectly smooth and reflected everything like a mirror. I stopped on the highway to take some photos and then continued on. Just before I made it to Lee Vining where I’d need to turn off towards Yosemite I had a coyote jump out in front of me. By the time I could pull over and get my camera out he was already pretty far away, but he did turn around for me take one photo.

In past years, Tioga Pass has remained open past December 1st only 6 times, and never past January 1st. Well, that is no longer the case as the road is still open and probably will be for at least another week. It was really strange driving up into the park not seeing much in the way of snow, but all of the lakes, ponds, rivers, waterfalls, etc., are all frozen.

Driving up into the park there’s a large waterfall near the highway that I’ve only seen dumping tons of water, but this time it was completely frozen. I got out to take some photos and realized that a couple of people were doing some ice climbing right up the face of the waterfall. They must have a lot of faith in the ice not breaking apart.

Farther up the highway I passed through Tuolumne Meadows. Only a few patches of snow were visible there, too. I saw quite a few hikers on some of the trails taking advantage of the open trails this time of year. I thought about getting out myself, but it was getting late in the day and it would be dark before I could get very far.

Just past Tulomne Meadows is Tenaya Lake. It’s been in the news lately due to people ice skating on the frozen surface. Had I been thinking ahead I would have loved to have brought my hockey skates out onto the ice. Instead, I was relegated to taking photos of other people taking in the rare chance to skate on the lake. The ice looked really smooth. I can only guess the lack of snow has kept the surface clean and the wind probably polishes it up pretty good. I didn’t see anyone with hockey sticks, but it would have made for a great place to play.

Heading back down the highway I stopped at a few more places where ponds or waterfalls had frozen over. It was getting pretty dark so there wasn’t much to do other than head back home.

There’s supposed to be some weather coming in next week, but if the passes remain open I may think about taking my skates back up there.