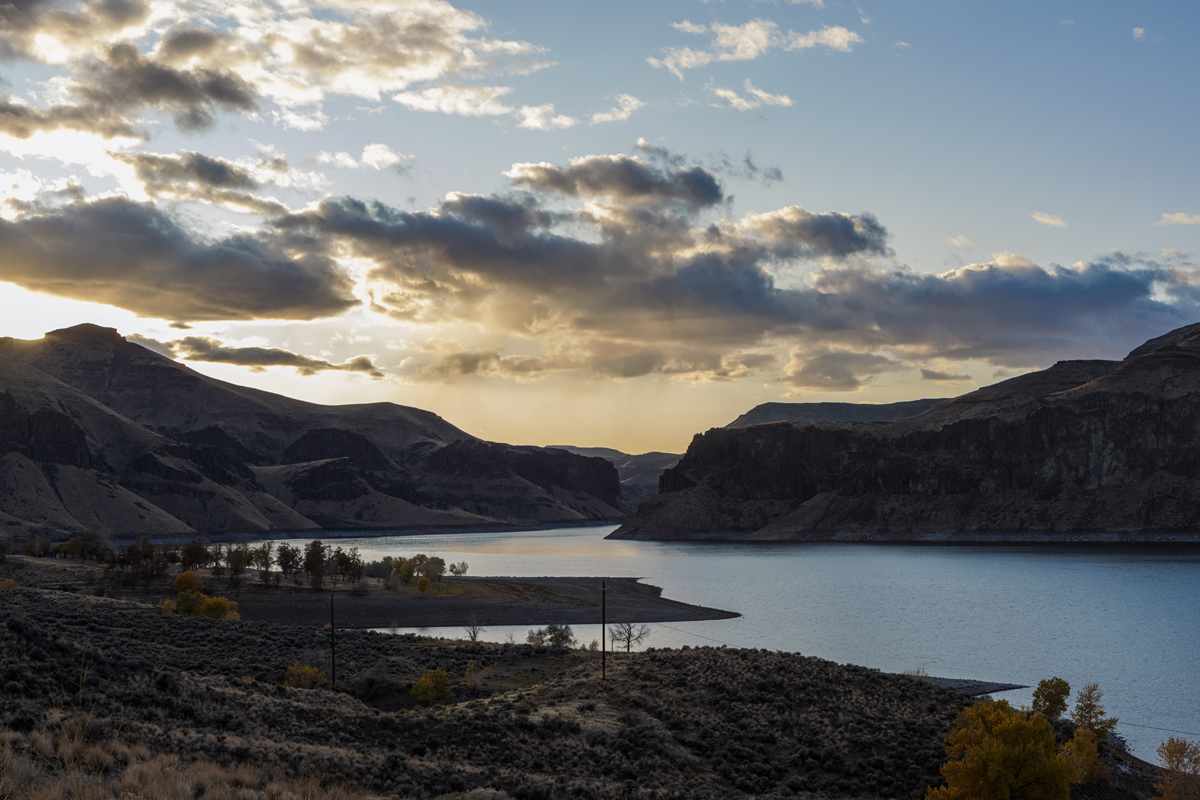 Today is Thanksgiving. We didn’t have any plans for today so we spent most of the day just hanging out at the house and relaxing. No big turkey dinners and no football on the tv.

Early in the afternoon we took Sheila to the local dog park to let her run around and get some exercise. She hadn’t been in a while so it was good for her to be around other dogs and run loose for a while.

On the way home from the park we decided to go out to Lake Owyhee to see if we could get there by sunset. It’s about 50 miles or so and we had about an hour and a half so it was going to be close.

We made our way out to the lake up a canyon road that follows the Owyhee River. Between it being Thanksgiving and also late in the day there wasn’t any traffic so we didn’t get stuck behind any slow campers. We arrived almost on time as the sun was already behind the mountains, but still lighting up the canyon walls.

We drove over to the State Park to take some photos and then headed back to the dam where the lake starts to take a few more photos before the sun completely disappeared.