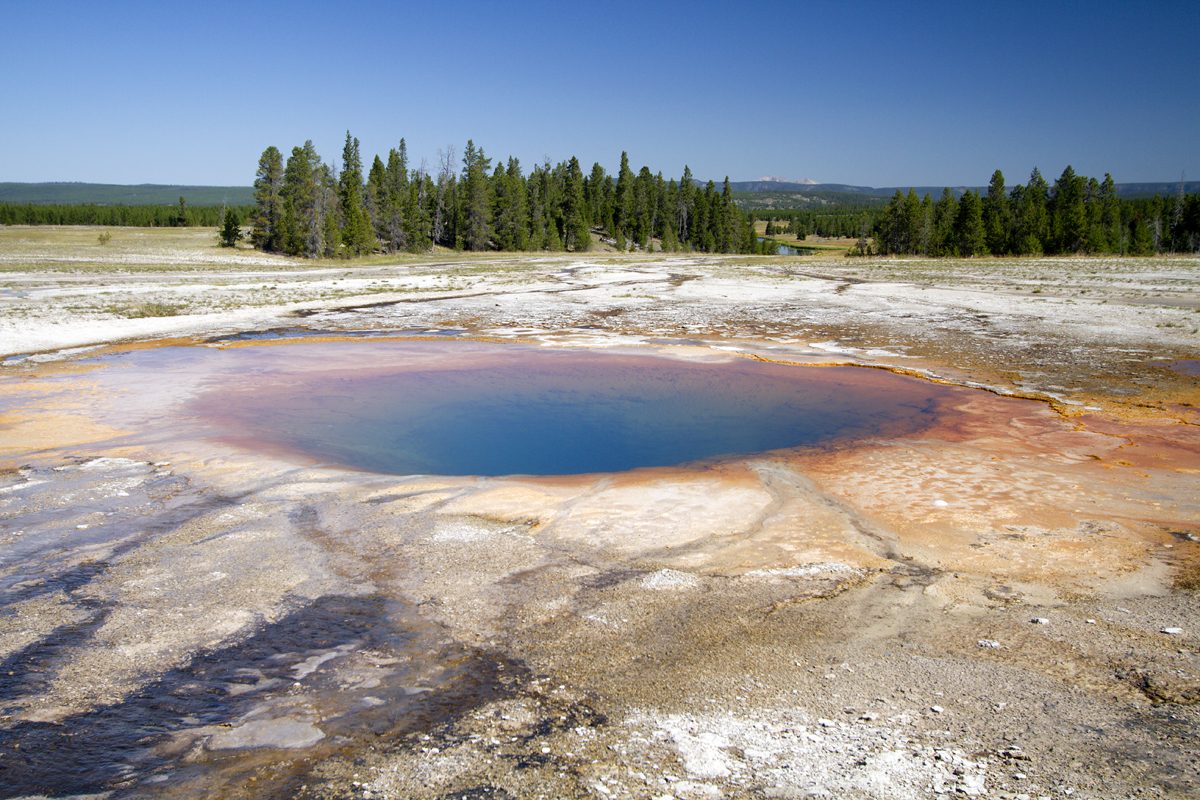 A couple of weeks ago I was at work on a Friday trying to figure out what to do on my weekend off. Aside from our trip to San Diego, most of our recent weekends off were spent running errands and just hanging out at home. School is starting soon and the nice weather will be gone before we know it so I wanted to do something outside.

It wasn’t until I arrived home around 5:30pm that I came up with the idea to drive to Yellowstone NP. We had discussed going, but never really made an attempt at planning a trip. Well, why not now?

I made a quick reservation at a hotel in Idaho Falls since staying near the park was expensive with late notice, and most hotels were already full. Driving 4 hours to Idaho Falls leaving a 2 hour drive to the park in the morning didn’t seem like a big deal so off we went.

We left home around 6:00pm and pulled into the hotel parking lot just before 11:00pm after stopping for dinner along the way. We got checked in quickly and went straight to bed hoping to wake up around 5:00am. That alarm sure went off quickly, but as tired as we were we were excited to get going to the park.

We arrived at the West Yellowstone gate around 8:00am anticipating big crowds. Fortunately, there were only a couple of cars ahead of us at the gate and once we were in the park we never experienced any crowds. At worst we had to circle a couple of the smaller parking lots at some of the scenic stops, but that only took a matter of minutes. Other than that, the park was pretty quiet considering it was a weekend during the summer months.

We made our way down to Old Faithful stopping along the road at some of the popular spots like Fountain Paint Pots and Grand Prismatic Spring. The girls had never seen anything like this so they had a fun time exploring the trails without realizing how far they had walked. Lots of selfie opportunities!

When we arrived at Old Faithful we found out that the geyser was expected to go off in about 30 minutes. We grabbed a front row seat along the viewing circle surrounding the geyser and patiently waited. Right on cue the geyser erupted, but the wind had shifted and we were sitting directly downwind and only saw steam. It looked cool, but wasn’t the show I wanted the girls to see.

We went into the lodge and had lunch before going back out for the next eruption. This time we walked around to the side and found another front row seat. When Old Faithful erupted again we were able to view the gushing water with the steam blowing off to the side. Much more picturesque and pleasing!

After Old Faithful we decided to drive up to Lamar Valley to see the Bison. This time of the year they aren’t in the main park area and I wanted the girls to see them up close. Along the way we stopped at some of the other scenic spots including views of Yellowstone Falls. Again, lots of selfies.

When we made it up to Lamar Valley we weren’t disappointed. There were hundreds of bison herds wandering all over the valley. Some of the larger groups were off in the distance, but we managed to find a few that walked along the highway so we could get a close up look. A trip to Yellowstone isn’t complete unless you get held up by a bison on the road.

From Lamar Valley we headed over to the Mammoth Springs area to check out some hot springs before leaving the park for the day. All in all we spent about 13 hours driving around the park taking in the sites. We crammed a lot in, but it didn’t feel like a long day at all. We arrived back at our hotel around 11:00pm and crashed for the night.