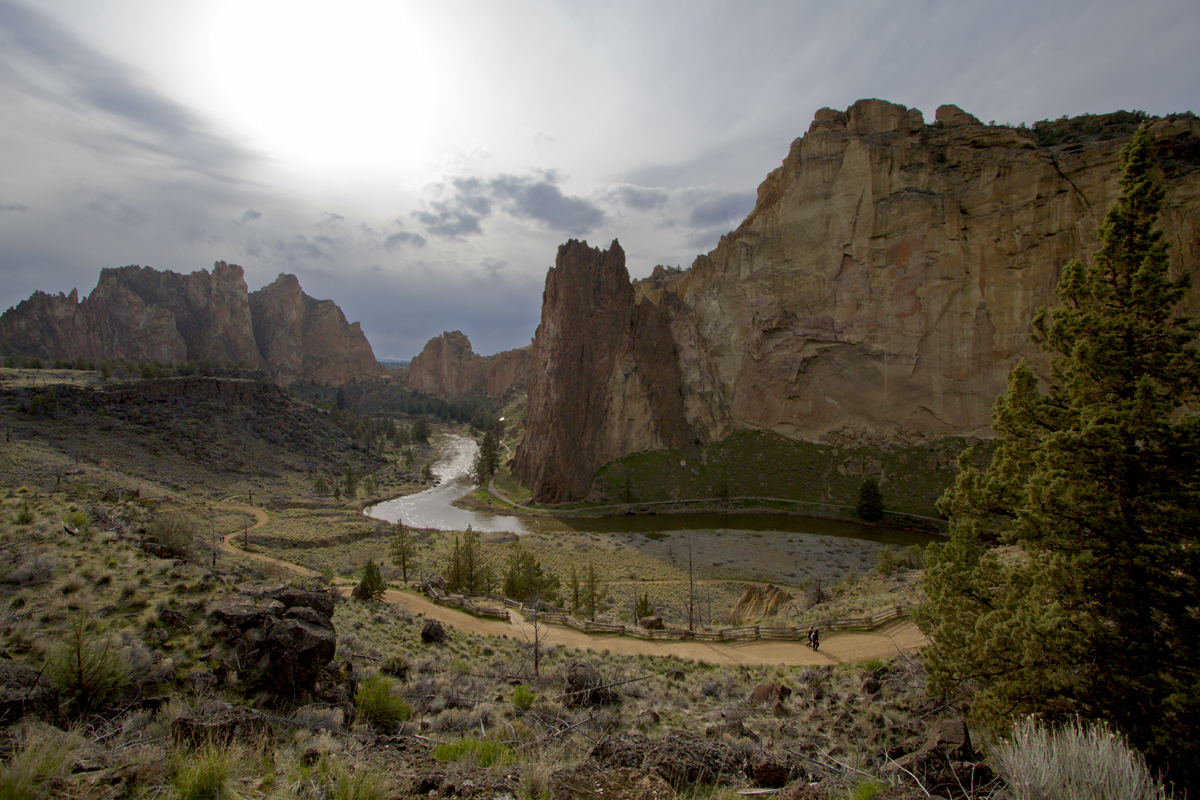 Most of our exploring since moving to Oregon has taken us along the coast or over to the Gorge area to see the waterfalls. Yesterday we decided to head East and see what that side of Oregon has to offer.

We didn’t start as early as we had hoped to, but we finally hit the highway around noon. We’ve been having a pretty wet spring so far, but the forecast was supposed to be nice. Fortunately that held true for most of the day.

Originally we had thought about just heading down to Bend not really having a plan as to what we’d see or do when we got there. The night before I started to do a little Googling and saw some images from a State Park just north of Bend. It looked like it was pretty scenic and would provide some easy hiking. Smith Rock State Park was our destination.

It took us about 3 hours to get to the park. We paid our $5 parking fee and started out on the trails. We picked a looping trail that took us down by the river and back up to the lot in about a 2 mile loop.

The park isn’t very large, but it had a lot of trails with some good views. The Crooked River divides the park in half, with all the cliffs on the opposite side from the parking area. As it turns out, the park is world famous for it’s climbing. Everywhere you looked there were people dangling on ropes making their way up the cliff faces. We stayed on the walking paths, but Victoria wants to go back and try climbing the rocks.

We spent a few hours walking the paths and taking photos. If you’re ever in the area and want to come take photos, the morning hours are probably best. I was facing into the sun at every angle late in the afternoon.

We started to head home around 7:00pm with a stop in Sisters to have dinner. The drive home was uneventful, but it did start pouring rain going over the mountain passes. We made it home around 11:00pm and started thinking about where to go next time I have a day off from work.