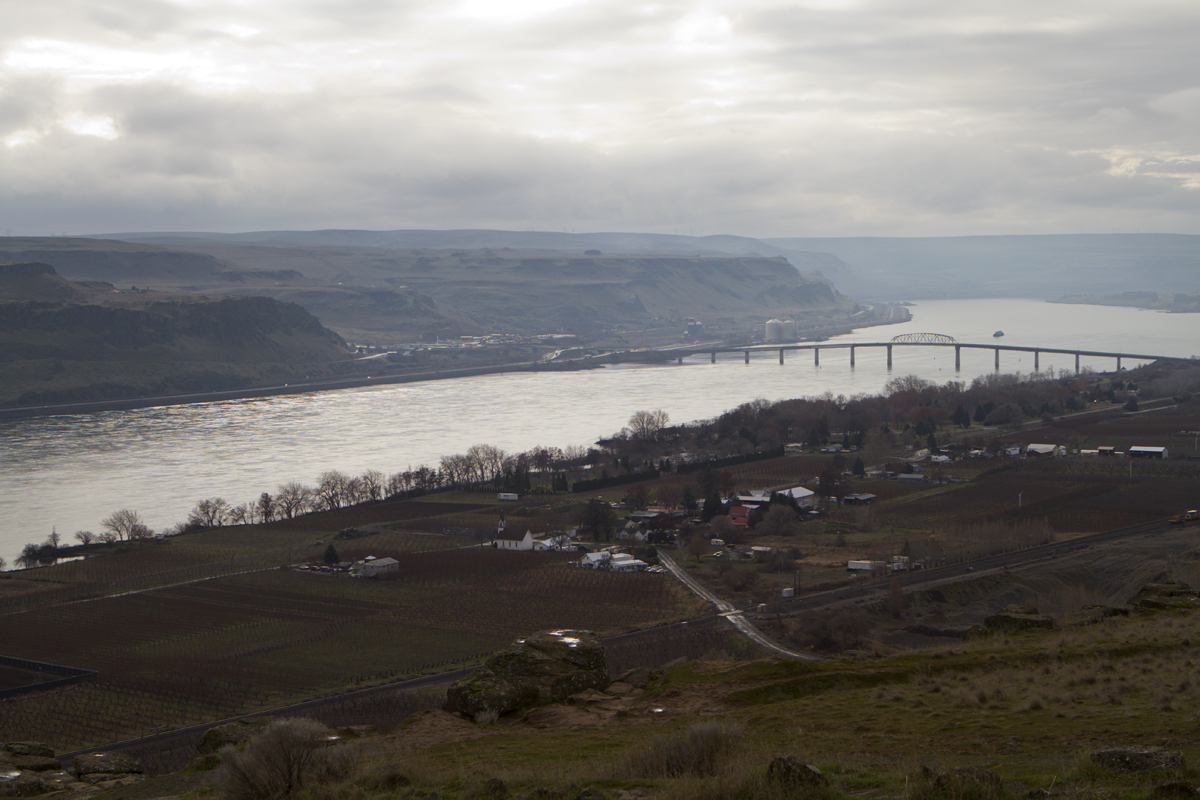 I had a three day weekend this weekend so we took advantage of the time to go on a quick road trip. We headed out towards the Columbia Gorge Scenic Area along Highway 84 east of Portland and made our way all the way to Kennewick, Washington. Rain was in the forecast and it wasn’t supposed to get up past 40 degrees, but we thought we’d give it a go anyway.

Along the way we planned to stop at Multnomah Falls, but as is typical for a Saturday, there was no place to park. We continued on down the road for a couple of miles and found another waterfall named Horseshoe Falls. Parking wasn’t much easier there, but we were able to grab a spot and spent some time taking photos.

We traveled on Highway 84 along the Columbia River for a couple of hours before heading north up to Kennewick for the night. They have a Texas Roadhouse there so Rotchana was excited to have a nice steak dinner.

We left around noon the next day to head back to Beaverton. This time I took Highway 14 on the north side of the Columbia River. The road was a two way road that meandered along the river and up through the bluffs so I thought it was a more enjoyable drive than the other side which was more like an interstate.

About halfway back to Portland we stopped at Stonehenge. It’s a World War I monument that was built as an exact replica of Stonehenge in England. It sits up on a hill above the Columbia River and provides a nice view of the area.

The weather on the way home became wet again as we approached the area where Multnomah Falls is located. I figured since it was late in the day, raining, and the Super Bowl was in full swing that the crowds might be gone. Luckily, that was the case and we were able to find parking and spend some time at the waterfall not fighting through crowds.

We arrived home around 6:00pm and spent most of today being lazy. It was nice getting out to see some of the areas we’d been hearing about. I’m sure when it starts to warm up and the rain dies down we’ll get out even more.