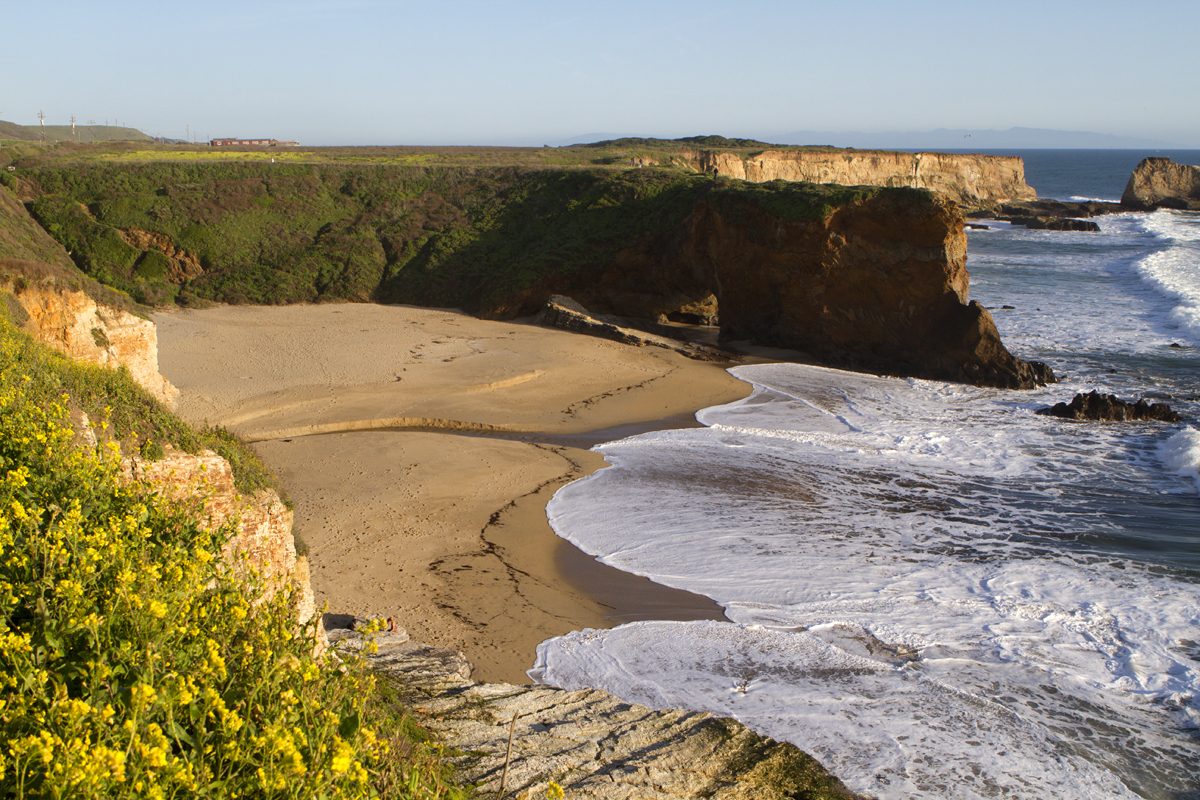 My quick drive out to the coast a week ago left me wanting to do it again. I had a last minute quick trip down to So Cal a few days ago so I had my opportunity. I normally would take Interstate 5 down to LA, but instead of taking the quick route (4 1/2 hours) back home I decided to take a detour and drive back up along the coast. This adds about 180 miles to the trip and would end up taking about 9 hours total, but it was worth it. The weather was perfect and there was very little traffic to slow me down.

I drove out to Ventura and made my way up Highway 101 past Santa Barbara. Once I got to San Luis Obispo I hopped over to Highway 1, which is a two lane highway that hugs the Central Coast about 135 miles up to Monterey and beyond. My first stop along Highway 1 was in San Simeon at the foot of the mountain that Hearst Castle sits on top of. There’s a nice beach with a pier and dramatic views of the Pacific Ocean.

I drove up a little further and stopped at an Elephant Seal preserve. I’d driven this highway dozens of times, but had never stopped before. I wasn’t sure if I’d see any elephant seals, or just a rock that looked like a seal, but I was pleasantly surprised to see hundreds of the creatures strewn all about on the beach. There were probably a dozen males with the rest being females or young pups. Every once in a while one would use their flipper to toss some sand on their backs, but for the most part they remained still as they slept in the warm sunshine.

After driving for another hour I noticed a squadron of pelicans flying in formation above the highway along the hillsides. I passed them up and soon forgot about them. When I stopped again to take some photos I noticed the pelicans had caught back up to me and were still heading up the highway. We traded spots for about 45 miles as I drove and stopped now and again to take photos. Luckily, it dawned on me to take a photo of them before losing them for good after a while.

Once I got to Monterey I decided to keep going north on Highway 1 up to Santa Cruz, and then eventually Half Moon Bay. The sun was going to be setting fairly soon so I stopped to find a beach that was easily accessible and waited for the sun to do it’s thing. It didn’t disappoint.

I still had about 2 hours of driving once the sun was gone so it was back on the freeway and head to home. It was a long day, but one that I’d do again if the opportunity came up again. Enjoy some of the photos!