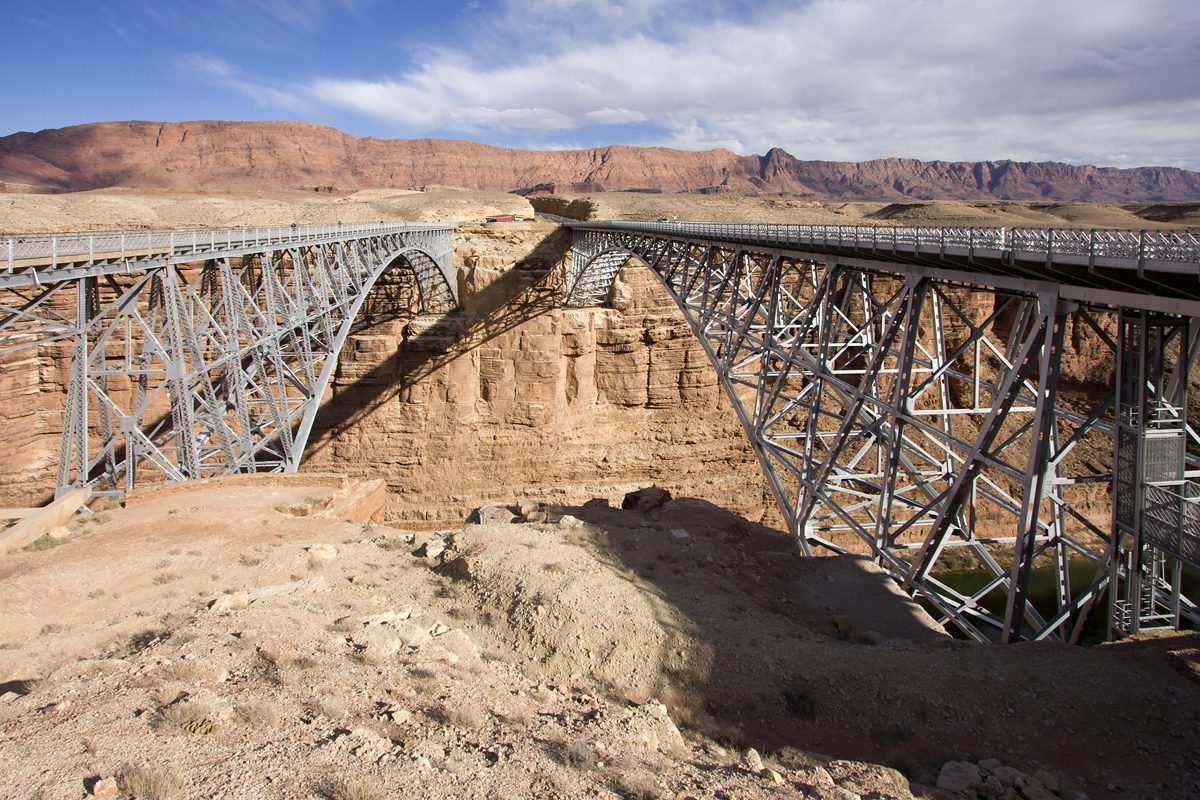 After leaving Horseshoe Bend we stopped at the Navajo Bridge to take a few photos of the Colorado River and soon discovered that there was a California Condor perched up on the cliff nearby. We’d only seen them in captivity before so it was a treat to see one in the wild. It was tagged, but I believe most are. After taking about 100 photos of the same bird in the same position we decided to check out the visitor’s center before heading out. When we came back outside we saw that there were 4 condors flying above the canyon. One of them was the one that we’d been photographing on the cliffs. We took another hundred photos or so and decided it was time to leave. It’s nice to see the birds doing so well when it wasn’t all that long ago they were near extinction.