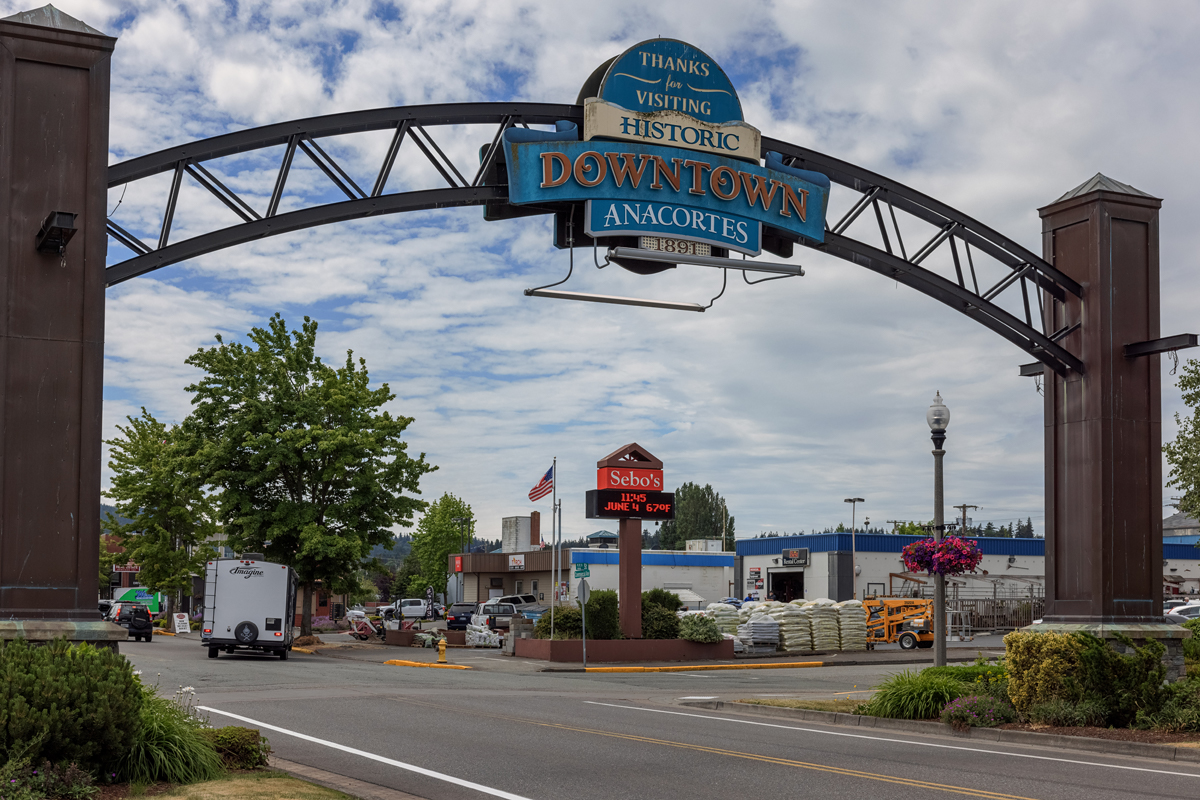 After a nice morning of sleeping in we decided to walk around town near the hotel and do some exploring. The hotel was located on the main street going through town and there were quite a few small shops with antiques and several book stores to poke through. On most of the buildings in town there are murals painted of people that were important to the history of Anacortes. The girls had fun posing in front of them and taking photos.

After having lunch we headed up to a small park named Cap Sante that sits atop a bluff overlooking the marina and the San Juan Islands. We scrambled around the rocks taking photos of the views for a while before moving on for an afternoon hike.

We drove out to a lake named Small Cranberry Lake just outside of town. On a side note, I looked on a map, but couldn’t find a Large Cranberry Lake. We decided to take the 3 mile trail that circled the lake and headed out looking for mushrooms. The trail was pretty flat and easy to walk since it stayed along the shoreline.

Like the day before, we didn’t have much luck finding mushrooms for the first mile or so, but as we reached the far end of the lake we found quite a few growing on trees and hiding down in the ferns. Rotchana was pretty happy to see mushrooms, but she wasn’t able to find any edible ones to pick.

Despite not taking any mushrooms home, the hike was a lot of fun. We got some exercise and enjoyed being out in nature.

We went back to the hotel to relax after a busy morning and afternoon. Rotchana was pretty tired so she decided to call it a day and just chill out. Victoria and I decided to do something else so we drove out to a park that was about 20 minutes away on the west side of the island.

We arrived at Sharpe Park around 8:20pm and had about a mile hike out to a bluff named Sare’s Head. It only took about 20 minutes for us to get to the bluff after hiking through the forest. The bluff faced west so we hung out waiting for the sun to go down. I took a bunch of photos and Victoria played with her watercolors before heading back to the car. We didn’t get a crazy sunset, but the view was nice and there was potential for a good sunset so Victoria and I made plans to come back every night during our stay.