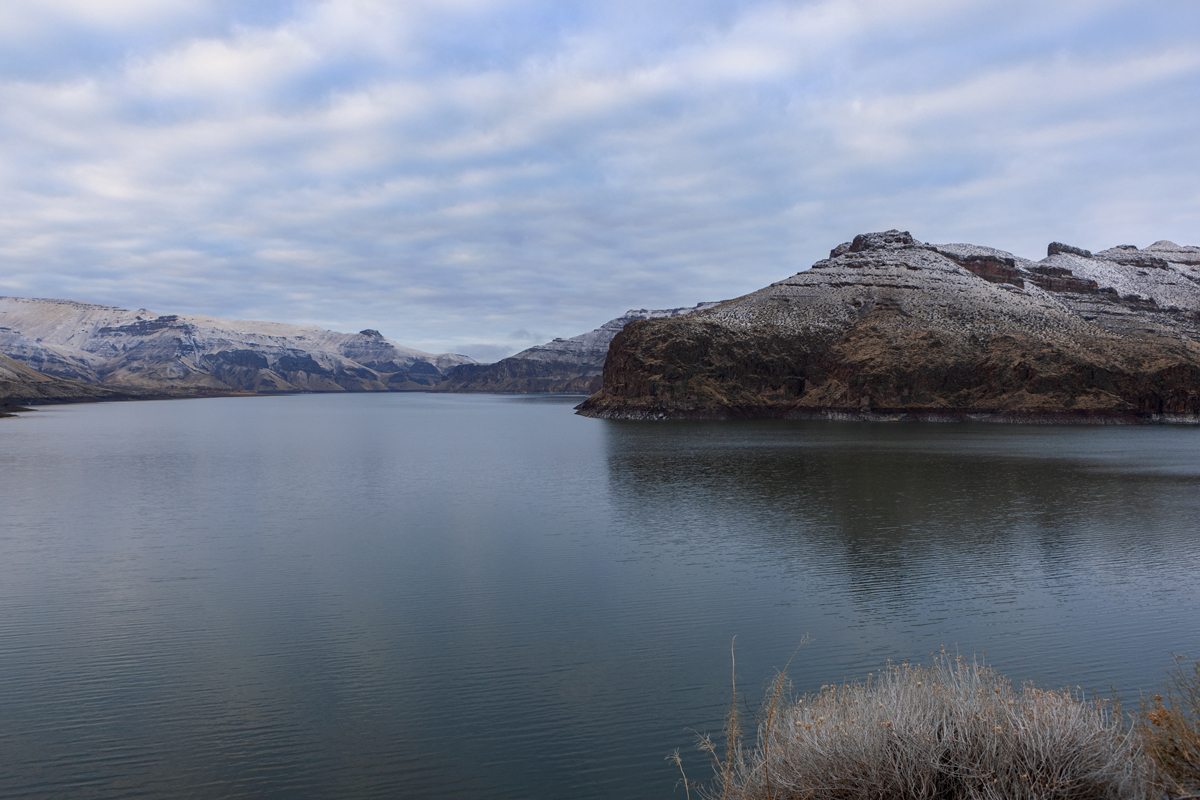 Last Saturday Victoria and I woke up around 5:30am so we could head out to the Owyhee State Park area and hopefully catch a nice sunrise. Rotchana chose to stay home and sleep in.

Victoria and I drove about 2 hours out to the park and arrived about 20 minutes before sunrise. It was pretty overcast so I wasn’t sure if we’d see any colors or not. It was about 28 degrees with little wind so despite being cold, it didn’t seem like it would be uncomfortable.

Victoria was still sleeping as the sun came out so I decided to fly my new drone for a quick flight over the water and surrounding area. I kept the flight at about 15 minutes to make sure I had plenty of battery and wouldn’t find myself out over water without enough power to get back.

After filming some video clips I took some photos with my camera. The light wasn’t great, but the area is pretty so I was able to get some decent photos.

Victoria woke up so we decided to drive down from the reservoir back into the canyon area. We found a spot to pull over next to the half frozen river so we could fly the drone again. Victoria spent the time throwing rocks from the roadside down onto the ice to see if she could break it.

After about 20 minutes we decided to head back home so we’d have time to get Victoria ready for a birthday party she had been invited to. We didn’t get the colorful sunrise we hoped for, but we did have fun. Maybe next time!