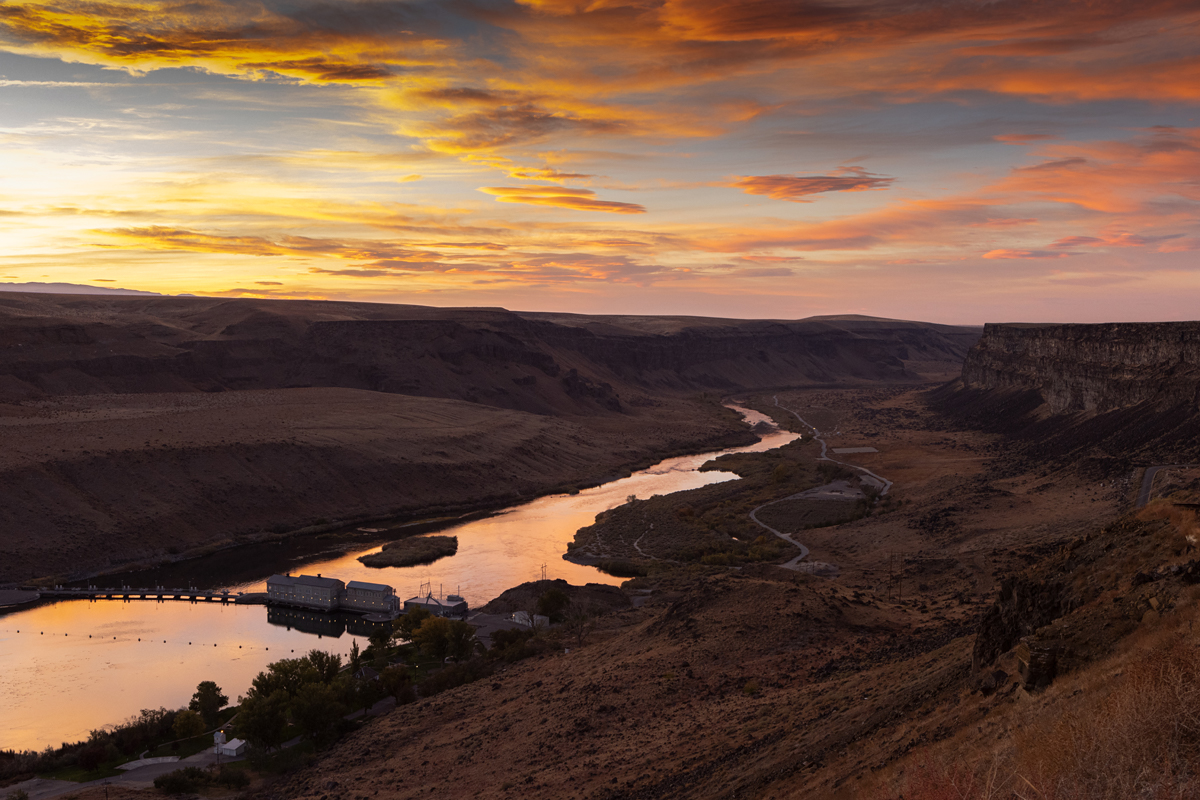 We had plans to drive up to the Sawtooth Mountains Friday night after work with the goal of trying to take a photo of the Milky Way. The Sawtooth area is designated as a “Dark Sky Reserve”, and with Friday night being a new moon and a forecast calling for clear skies it looked like a great opportunity.

As luck would have it, a front decided to come in early and cloud cover became the likely outcome so I’ll have to plan another time to make the 2-3 hour drive in the middle of the night to catch the Milky Way.

Rather than give up entirely, we decided to rush over to the Swan Falls area of the Snake River to see if we could catch a sunset. By the time I left work, got home and changed, and jumped back into the car it was going to be iffy that we’d arrive in time for the sunset.

Friday night traffic didn’t help, but we arrived to the Swan Falls area about 10 minutes after the sun had disappeared behind the hills. There was a scattering of high clouds so I figured that there would still be some color for a bit so we hung out and waited to see if that would turn out to be the case.

The sky and surrounding area started out with a warm, golden hue and then slowly changed over to oranges, pinks and a purplish glow. I managed to get a few shots, but probably could have found a better vantage point so we’ll have to give this area another try as well.