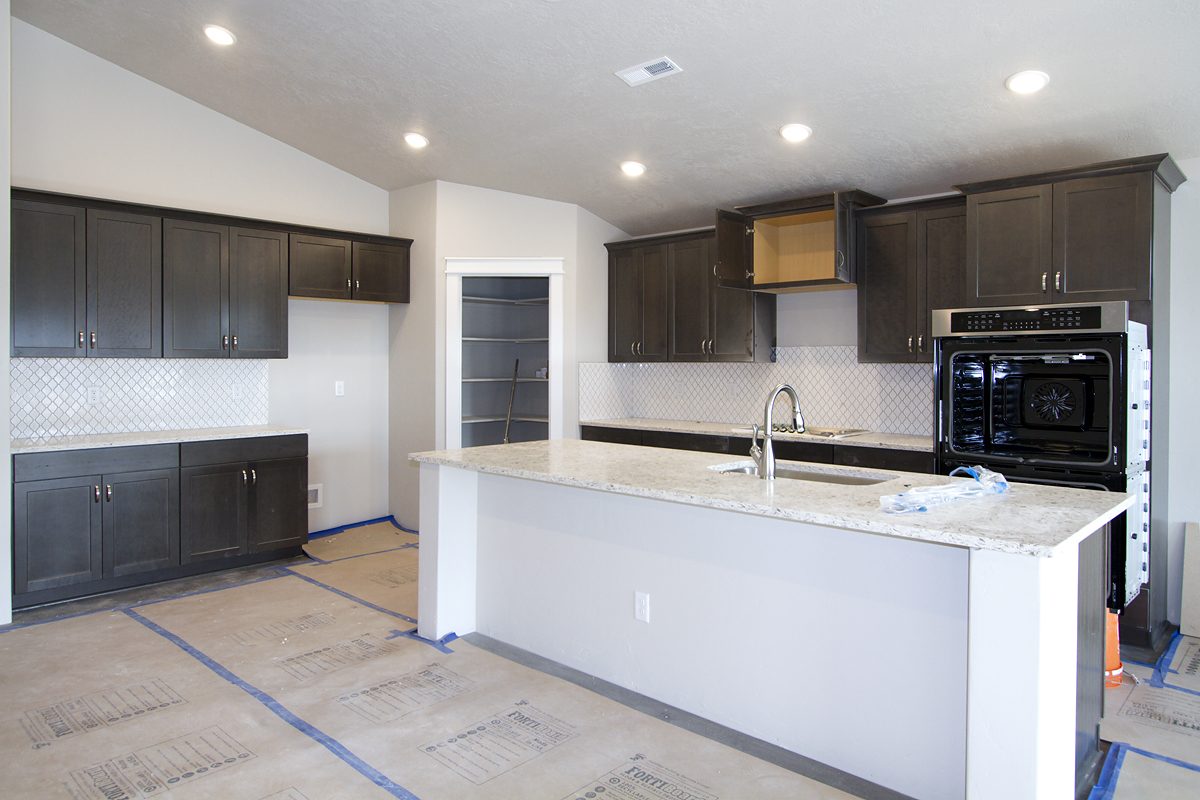 The builder let us in today to see the progress. After a week of dealing with a fireplace issue it was nice to get in and see what has been accomplished since our last visit.

During our last visit I noticed that the fireplace didn’t have the hearth installed that we had requested. After a few days of checking into it the builder called to say they simply missed it and it should have been part of the framing. Well, that’s a bummer.

We had the choice of having them tear out the flooring and stone around the fireplace and having the area framed properly for the hearth. That would add about 3 to 4 more weeks to the process, which we weren’t a fan of. The other choice was to have the builder credit us for the amount of the hearth. Fortunately, the builder also was willing to credit us for the full amount of the fireplace so we’ll stay on track and also save about $3,500. We’d still like the hearth, but this is the best option for us.

Other than the fireplace issue, it appears that everything is going as planned. The countertops have been installed and they look great. The ones in the bathrooms came out really nice. Maybe we should have also gone with that option in the kitchen?

The backsplash in the kitchen and bathrooms came out nice. We think it looks a lot nicer than the subway tiles the builder had recommended. The dishwasher has been put in and the double wall ovens are in process. I didn’t see the microwave, but that can’t be far behind.

The bedrooms have carpet now. I’m still not a big fan of carpet, but it came out nice and the girls are happy. We also have all of our vent covers in place along with a thermostat.

We probably won’t go back in until Wednesday the 20th. Our third party home inspection is scheduled for the 22nd and then we have are New Home Orientation scheduled for December 3rd. After that, assuming there aren’t any big fixes needed, we should close escrow on or before the 10th.