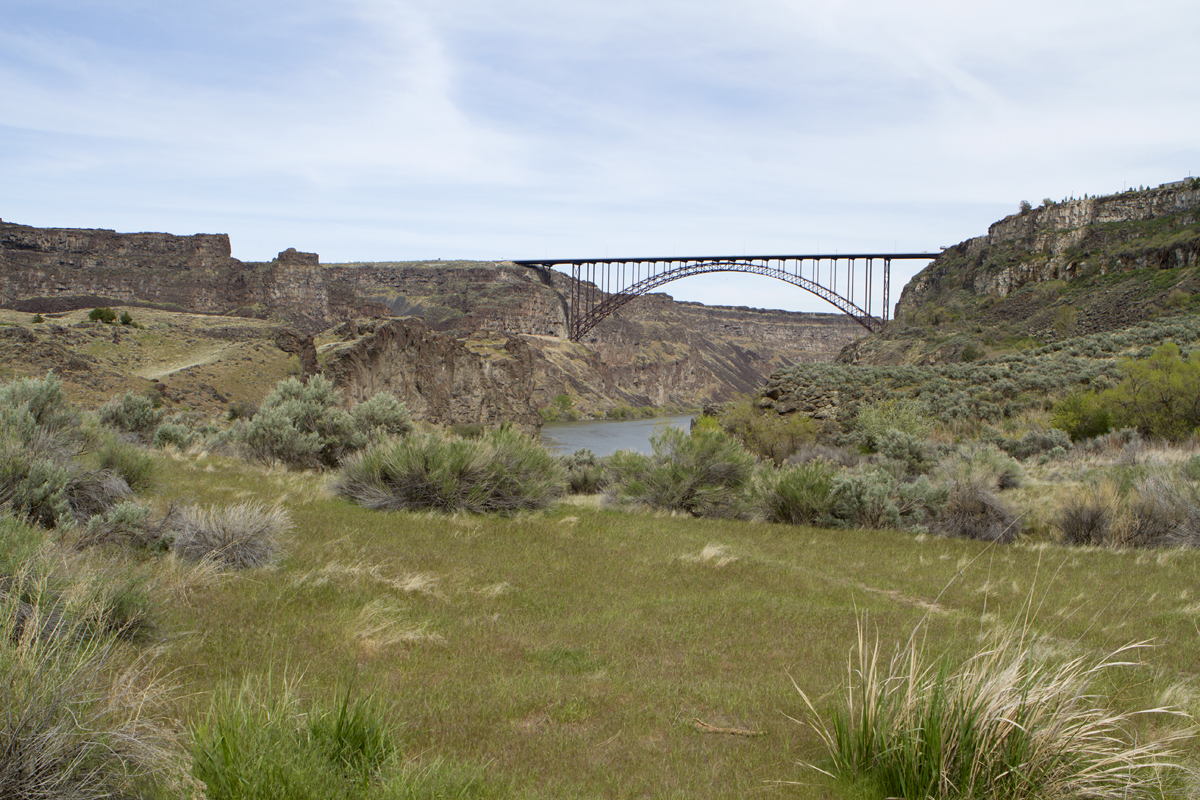 The other day I had a day off so I traveled about 2 hours east of Boise to Twin Falls. I had heard there were some good waterfalls in the area and thought I’d go take a look.

I arrived in Twin Falls around noon and started to head towards Shoshone Falls, but as I crossed the Perrine Bridge that takes you over the Snake River I noticed a couple of golf courses down in the canyon. I took a small detour and found a road that traversed the canyon walls down to the bottom of the canyon. On my side of the Snake River was a public course called Canyon Springs, and I found out later that the course on the other side of the river was a private course named Blue Lakes Country Club.

It remains light out past 9:00 pm this time of year so I decided to take my clubs out of the trunk and play the Canyon Springs course. I figured I could walk the course in 4 hours or less and have plenty of time to see the Shoshone Falls before the sun went down. The course was fun to play. There was nothing spectacular about the course other than the views were picturesque. It’s definitely worth playing a round if you’re ever in the area.

I finished up my round of golf just before 4:00 pm and made the 15-minute drive over to Shoshone Falls. I wasn’t sure what to expect given that it’s been a relatively dry winter. When I arrived at the park to view the falls the sign said the falls were running at about 80%, whatever that meant. At least it didn’t say something like 20%.

I have to say that I was pleasantly surprised by the falls. There were a series of smaller falls and rapids feeding into much larger falls that spread over an area a few hundred yards wide at the point they drop below. The main part of the falls are over 200 feet high, which is about 50 feet higher than Niagara Falls. Water volume didn’t appear to be anywhere close to what Niagara Falls dumps, but it was still quite impressive.

I spent about an hour relaxing in the park before deciding to head home. On my way out of town I crossed the Perrine Bridge again, but this time something else caught my eye. I saw pedestrians heading towards the middle of the bridge wearing helmets with GoPro cameras attached. I pulled over on the north side of the bridge and realized that the pedestrians were BASE jumpers preparing to jump off the bridge.

In about a 15 minute span about 10 or so jumpers took off from the edge of the bridge and free fell for a few seconds before pulling their parachutes. Everyone made it to the shore safely below without any incidents. It looked like fun, but I wondered how you practice?