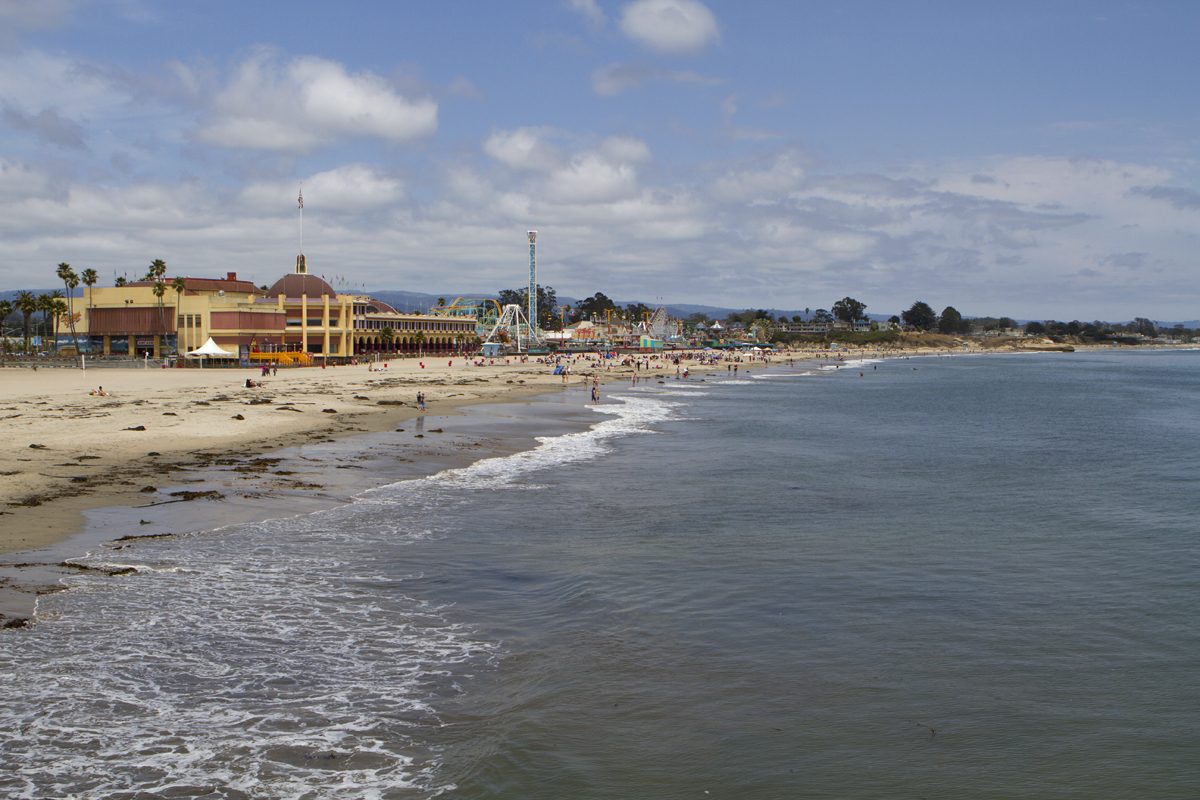 Last Monday Rotchana and I took Victoria to Santa Cruz for the day. A friend from work brought his wife along, too.

We left home about 6:00am for the 3 1/2 hour drive to Felton, which is a small town up in the Santa Cruz Mountains. We were going to catch a train that takes a 45 minute ride through the redwood trees and ends up at the Santa Cruz Beach Boardwalk. The drive went smoothly enough, but had we run into an accident we might have missed our train.

When we arrived at Roaring Camp in Felton it was overcast and a bit cool. We’d just had 100+ temps up in Roseville so it was a nice relief. It was supposed to be around 70 at the beach.

We got checked in and boarded the train without any problems. Victoria slept the entire drive to Felton, and did pretty much the same on the train. She woke up a few times to eat, but quickly went back to sleep. So far she’s been very easy to travel with.

Once we arrived at the beach we all decided it was time for lunch. None of us had really eaten anything yet due to the long drive and hopping right on the train. We decided to go to a seafood place out on the pier next to the boardwalk. The food wasn’t anything special, but it filled us up. We spent about an hour walking around the pier taking photos before heading back to the boardwalk.

We walked up and down the boardwalk people watching and eating shaved ice. The sun had broken through so it was comfortable. We stopped a few times just to sit and chat. The boardwalk was busy, but not as crazy as I’d seen it in the past.

Our train back up to Felton left at 4:30 and we were back in the car by 5:30. We made a stop in San Jose to eat at a Vietnamese restaurant before finishing the long drive home. Everyone had a fun time and Victoria got to go on her first train ride.