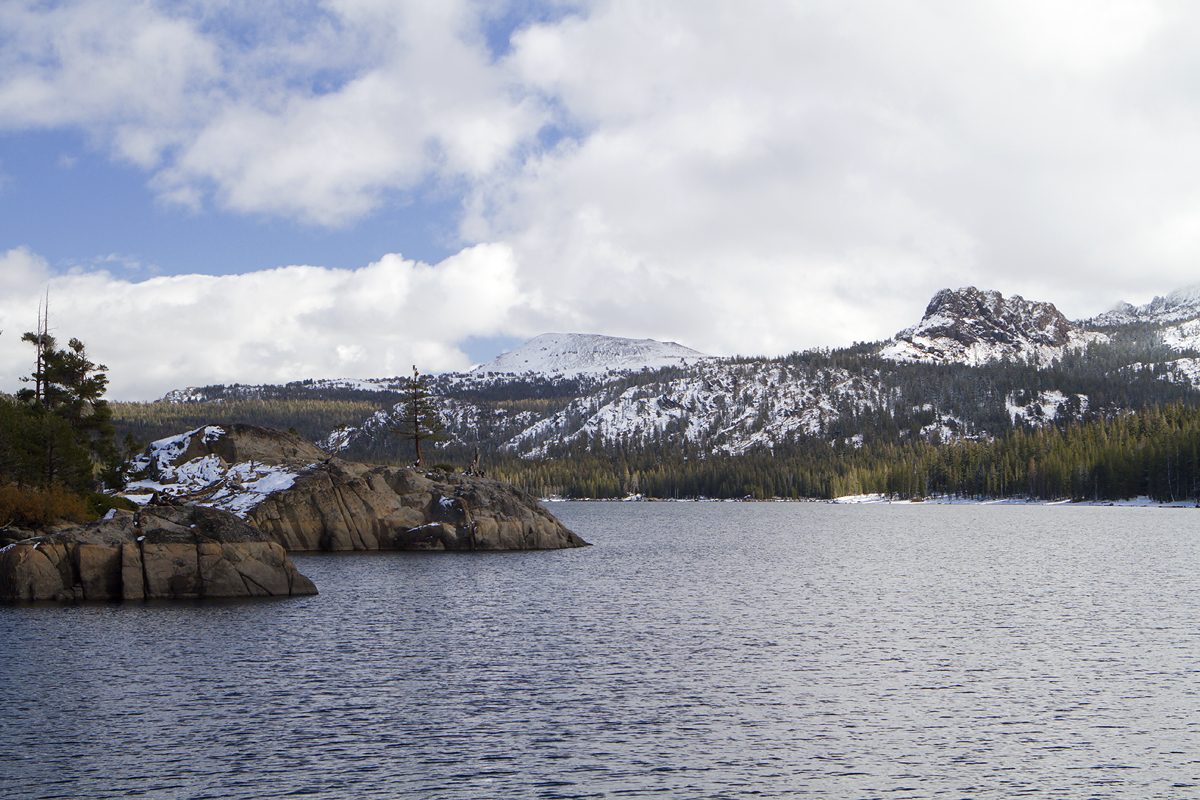 Yesterday I took a drive up to the Tahoe area. It snowed a bit the day before, but the weather was supposed to be nice so I thought it would be a good time to go up and spend the day. While I was headed up the highway I saw signs warning of chain controls up ahead, but by the time I got to the higher elevations the roads had been cleared and the controls were no longer in effect. Good thing, too. I don’t have chains so I would have had to turn back.

I took Highway 88 up towards the Kirkwood area and Caples Lake. I started seeing patches of snow around the 6,000 foot level and by the time I got up to the 8,000 foot summit the ground was completely covered with a few inches of fresh snow. Caples Lake hasn’t started freezing over yet, but past experience tells me that it will only be a few weeks before that is done.

I continued on to South Lake Tahoe where I stopped for a bite to eat. I then continued north along the west edge of Lake Tahoe taking me past Emerald Bay and up to Tahoe City. From there I turned towards Truckee and made my way back down to Sacramento and eventually home.

It was a nice day. Even though it was about 34 degrees at the higher elevations the sun was out and there was no breeze so it actually felt quite warm.

After having spent nearly 3 1/2 months in Thailand it was nice getting out again to remind me of what I have here in California. I’m lucky to have places like Lake Tahoe so close by.