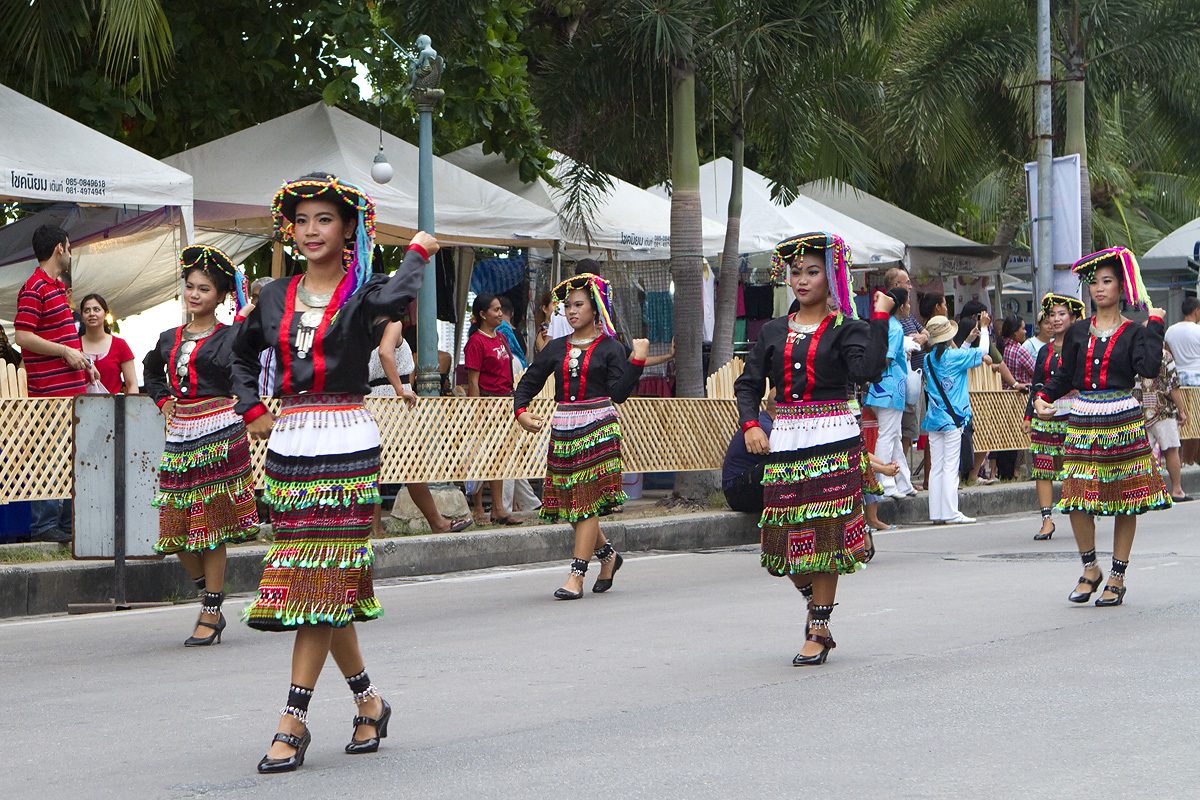 Shortly after our trip to Isaan to visit New’s family we decided to go down to Pattaya Beach for a few days. Pattaya is about a two hour drive from Bangkok and is a popular place for tourists and locals to spend time at the beach.

Before we headed down to Pattaya I booked a hotel room on the internet so we wouldn’t have to spend time looking for a room once we arrived. I was able to find a good deal on a hotel, but having never been to Pattaya before I wasn’t sure if it sounded too good to be true. The normal rates for the hotel were listed at about $300 US per night, but the offer I found was for only $30 per night. All I knew was that it was across the street from the beach and close to restaurants, etc.

New has a friend that drives a taxi in Bangkok, but also does longer trips if necessary. He picked us up early on a Wednesday and we made our way down to Pattaya without too much traffic. Once we arrived in Pattaya we weren’t sure exactly where the hotel was. I had a printout of the address, but it was in English so that didn’t offer much assistance. I had a rough idea of where it was, but that was about it. We pulled over a few times to ask local taxi drivers if they could tell us, but nobody seemed to know where the hotel was. I was getting worried that my “deal” wasn’t so great anymore.

After about half an hour of cruising up and down the main strip we finally found the hotel. It turns out that the hotel is brand new and is only about 20% complete. Fortunately, the area where our room was located was complete and very nice. The wing we were in was above the main lobby area and had 5 floors with about 5 rooms on each floor. Behind our wing was the area under construction that had about 7 floors with another 80 or so rooms. After checking into our room we were pleasantly surprised to see a nice room with a good view of the ocean. It all worked out after all.

We spent four full days just relaxing at the beach and walking around town. Each day when we got up we walked out of the hotel and crossed the street to the beach. The beach was lined with beach chairs and umbrellas and we just picked a spot and made a day of it. Along with the many vendors selling cheap souvenirs or sunglasses, there were also food vendors that came by. You could get anything from Som Tam (Papaya salad) to grilled squid and prawns, and a large variety of fruit. We enjoyed the squid and prawns each day, and mixed up the days with different fruit.

At night we walked along the main street taking a look at the shops and people watching. There were a lot of vendors packed onto the sidewalks. We didn’t do any shopping, but it was fun looking.

On the day we were set to leave we noticed that the main street in front of the hotel didn’t have any traffic. This was unusual as the street was normally a zoo and almost impossible to cross with all the cars and motorbikes. After looking around for about 15 minutes we discovered that there was a parade coming our way. We don’t know the reason for the parade, but it lasted about half an hour. Once the parade passed and the road opened back up we headed back to Bangkok after a relaxing stay.