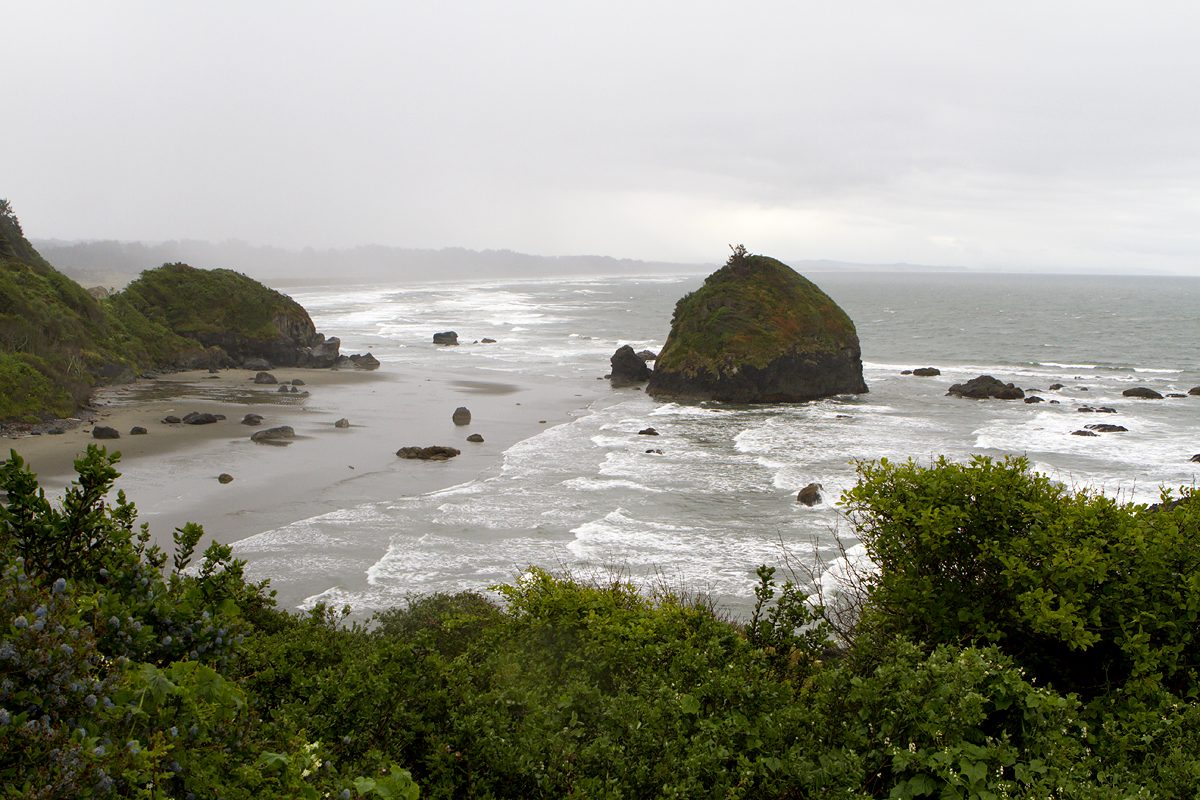 I didn’t get much done the first two days of this Memorial Holiday so I decided to go for a long drive on Monday. I wanted to drive to a place I hadn’t been to in a long time and finally decided that my goal was to drive up to Eureka and then head back home all in the same day.

I got up early and left the house around 7:00am. When I left I wasn’t sure which route I should take, but I decided to head north up Interstate 5 towards Williams and then cut over to Clear Lake.

I lived in the Clear Lake area from the age of 10 until I graduated high school in 1985, at which point I promptly moved down to Southern California to get a job and start college. My dad owned a home just off of the lake between the towns of Lucerne and Glenhaven and I went to school about 13 miles away in the town of Upper Lake where my dad was a teacher. I went back to visit a few times after graduating high school, but the friends I kept in contact with were no longer in the area and the long drive kept me from going back much.

My dad was diagnosed with cancer in the late 90’s and passed away in July of ’99. I had been going up to Clear Lake regularly when he was sick, but after he died my sisters and I sold his house and I hadn’t been back since. Going back on Monday was a bit strange. I stopped by the house to see it again and it pretty much looks the same. The current homeowners painted the house a different color and they poured a cement driveway on the side of the house, but it still has the same look from when my dad bought the house back in the 70’s.

I stopped in front of the house to take a quick photo and the homeowner came out yelling. I tried to explain who I was and why I took a photo, but she didn’t want to listen. I got back in the car and drove away. Chances are I think I’ve seen the house for the last time.

I made my way out of the Clear Lake area and eventually met up with Highway 101 that would take me all the way up to Eureka.

I took my time driving north and enjoyed the change of scenery. Redwood trees became more and more prevalent and the temperature started to drop down a bit. Clouds were coming in pretty fast so I wasn’t sure how long it would take for the rain to follow. As it turned out the rain came sooner rather than later and stayed with me the entire day. It wasn’t so bad while driving, but it didn’t do much for taking photos.

I left Highway 101 for a while and took a scenic route called “Avenue of the Giants” near the town of Phillipsville. The drive is about 31 miles long and parallels Highway 101, but takes you through several large groves of redwood trees and follows the Eel River. I was surprised at how little traffic there was given that it was a big holiday weekend. I guess everyone went to the beach instead.

I finally made it up to Eureka around 5:30pm. I wasn’t sure where to go at that point so I stopped for a bite to eat. I looked at a map and decided that I should drive a little more north to a place called Moonstone. I wasn’t sure what I’d find there, but the name was interesting and it was the first place I could find that was on the coast.

When I arrived at Moonstone I took a side road that went along the coast. I found a couple of places to pull over and look at the rock covered beaches. It was still raining and the clouds were pretty low so there wasn’t much light, but it was still a pretty view.

The rain wasn’t letting up and there wasn’t much more sunlight remaining so I figured it was just best to turn around and head home. Rather than take the same route back home I stayed on Highway 101 and detoured through San Francisco. I never get tired of the city so it was a nice diversion. I finally made it home around 1:45am after approximately 725 miles of driving. It was a long day, but I had a good time.