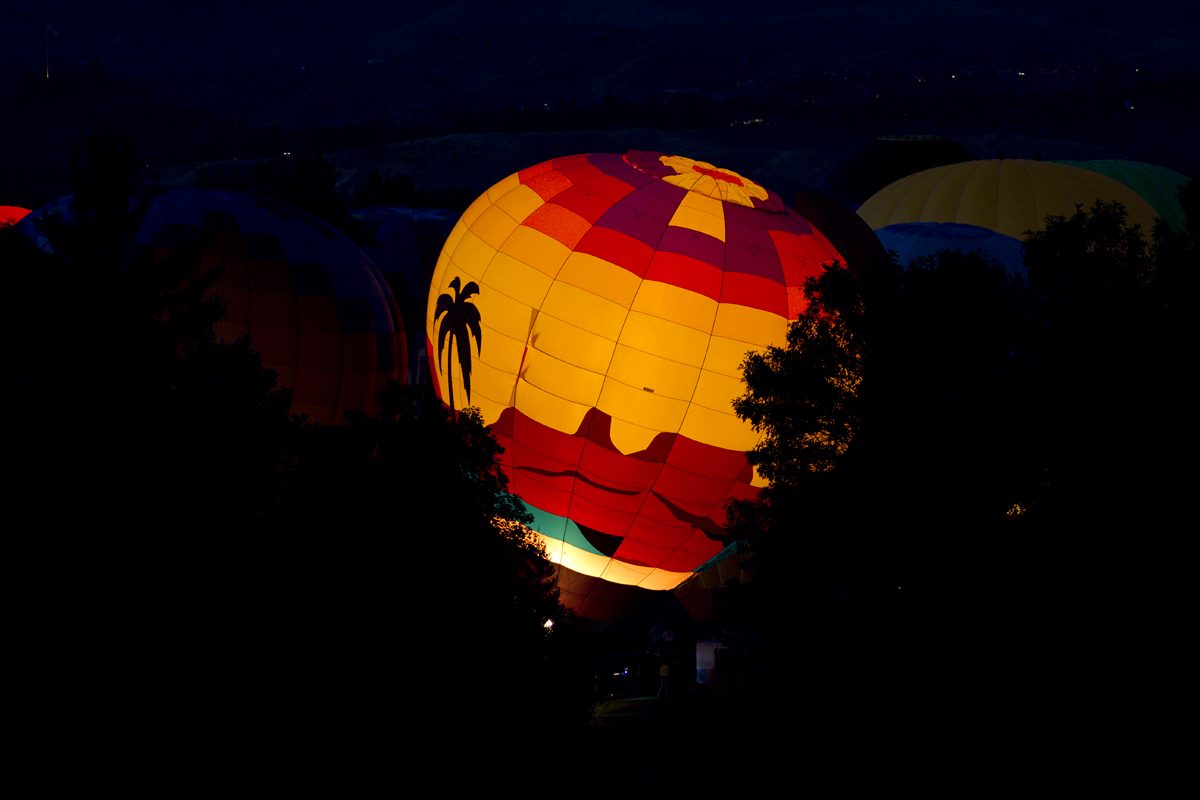 Each year there’s a hot air balloon festival here in Boise. Last year we were out of town and missed it, but this year we were going to try and not miss it.

Tonight was what they call “Night Glow”. The hot air balloons fill up right at dusk and then the pilots start to light up their balloons with the burners.

Unfortunately, I got out of work late and then we had to run a few errands before heading to downtown Boise to catch the show. Parking was hard to find so we ditched our plans to view the balloons from the park and found a spot above the park in a neighborhood overlooking the area where the balloons were.

Most of the viewing was obscured by trees, but there were a few moments where we got a good idea of what was going on. Next year we’ll plan on coming much earlier so we can get a spot in the park near the balloons so we can enjoy it that much better.