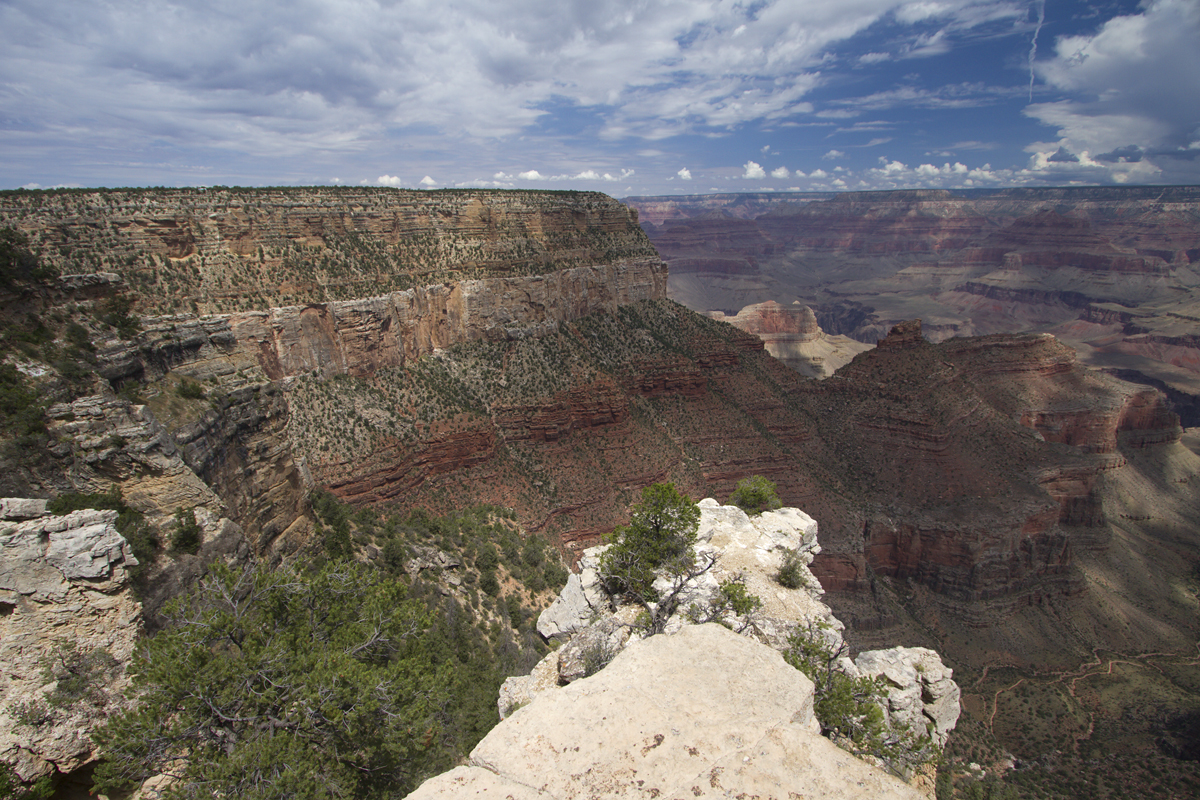 Having had a good night’s sleep, we left our hotel in Williams around 9:00 am and headed to the Grand Canyon. The thunderstorms from the night before had cleared out and it looked like it was going to be another warm day.

The girls enjoyed standing on the edges of the rocks having their pictures taken. After about an hour we drive up to Grand Canyon Village to take in some of the other viewing options. The parking lots were pretty full in both areas, but the paths were fairly empty. I could only guess that most of the visitors must have taken trails down into the canyon.

We wanted to make it back to Las Vegas by 6:00 pm to return the rental car before spending our last night on The Strip so we left the Grand Canyon area around 1:00 pm and headed towards Vegas. The weather was nice and we didn’t have any thunderstorms to contend with so we made it back to Nevada around 4:30 pm. That gave us just enough time to pull off the highway for a bit to visit Hoover Dam.

We ended up making it back to the rental car drop off by 6:00 pm. We concluded our 4-day exploration with just under 1,300 miles total. We had a fun time seeing all the different areas, and as much as we’d like to go back and spend extra time at some of the stops, we felt like we were able to enjoy each of them without feeling rushed. I’m very thankful as well that Victoria is a trooper when it comes to riding in the car for any length of time. She does a great job and enjoys adventures.

Our last night in Vegas was spent walking The Strip at night and then getting to sleep in the last morning. We had an afternoon flight so we walked around for a few hours after checking out of the hotel before heading to the airport. With a quick change of planes in Salt Lake City we made it back home just after midnight. All in all, we did a lot, saw a lot, and had a great time!