Trip to the Farm 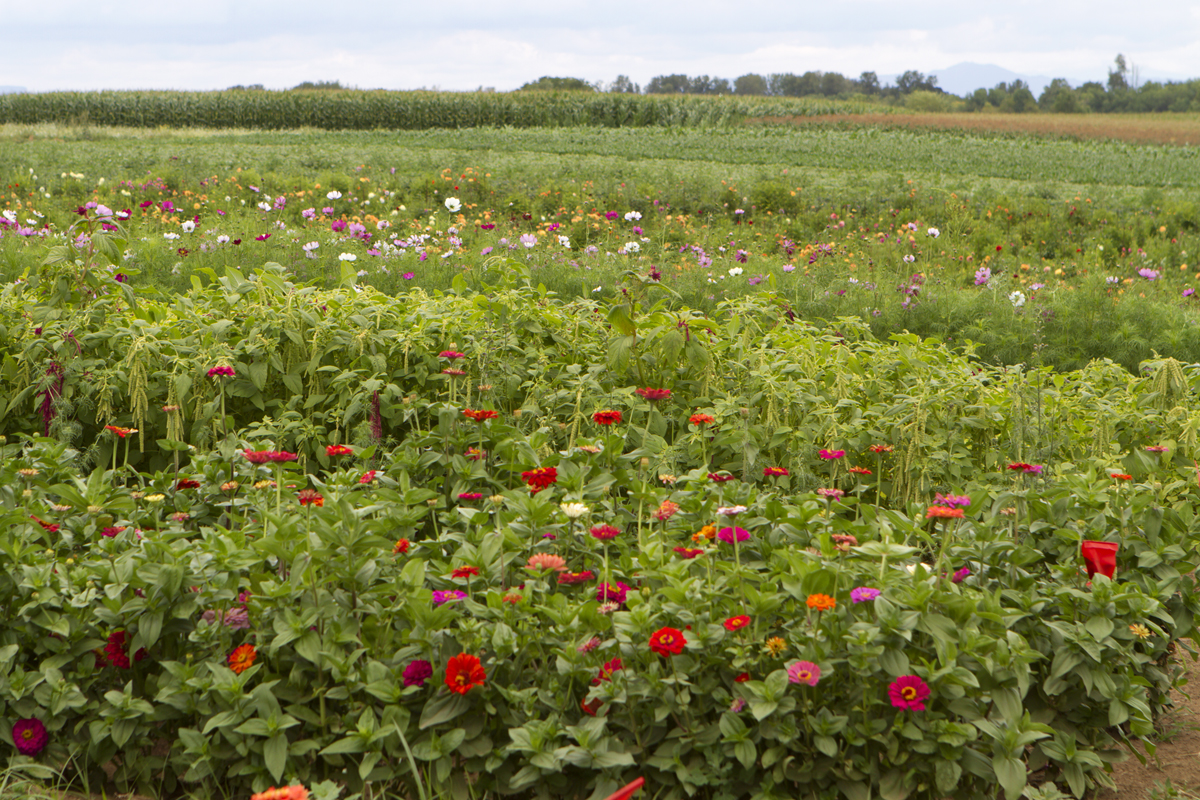 Yesterday we headed out to a different farm just north of Portland out on Suavie Island to pick some more fruit. Peaches are starting to come into season and we’d been told that yellow raspberries could be found so we thought we’d check it out.

When we arrived at the farm there were a lot of options. There was a large orchard of peach trees to start at, and then there were fields filled with all sorts of vegetables to pick through. Rotchana’s favorite area was where the cucumbers could be found. Victoria had fun poking around the lettuce patches. She was amazed at how big the plants were.

We picked about two flats worth of peaches and moved over to the yellow raspberry bushes. They were more difficult to find than the red raspberries we were used to picking, but if you got down low and looked under the branches they were easier to find. I think Victoria ended up eating more than we put in the bucket.

As much as Victoria seemed to enjoy the fruit, most of her time was spent looking for dandelions and blowing on them. I’d be surprised if there were any left on the property by the time we left.

We spent about 3 hours wandering around the property before deciding we had more fruit than we could eat before it would spoil. We’ll probably visit again and check out some of the other farms in the area. Not a bad way to spend a day outside and get a wagon full of fruit for about $20.