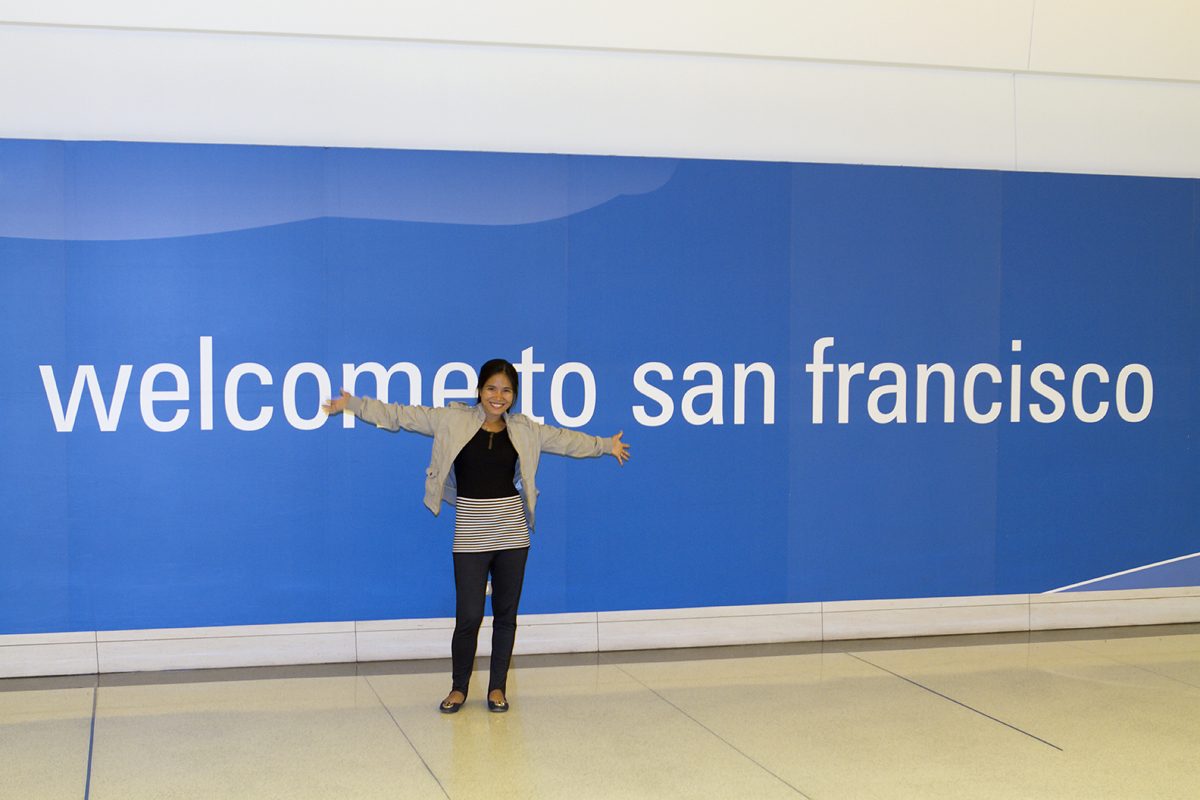 One of the many things Rotchana was looking forward to once she arrived in the US was to go to San Francisco. She’d seen pictures of the Golden Gate Bridge and wanted to see it in person. Luckily, we had a break in the rain last week so we took advantage and spent the day sightseeing.

We stopped off at Treasure Island so she could see the skyline from across the bay. It was a little hazy out, but she was able get a good view of the city along with Alcatraz and the Golden Gate Bridge. After a few photos we continued on our way into the city.

Rather than stop in the city we headed straight for the north end of the Golden Gate Bridge. We parked at the viewpoint to take some photos and walk a few hundred yards out onto the bridge. The sun was out and there was little wind so it wasn’t as cold as it could have been. We had a small mishap while out on the bridge, though. Rotchana dropped her sunglasses and proceeded to kick them over the edge of the walkway. They ended up landing about 8 feet below on a beam, but there was no way of getting them back. Looks like we’ll be doing some sunglass shopping!

After we crossed back over the bridge we spent some time driving around Golden Gate Park. We stopped at the Conservatory of Flowers to walk around the gardens. We then headed over to Lombard Street. There wasn’t any traffic so we were able to take our time driving down the switchbacks. Once we got to the bottom of the hill we decided to drive over to Union Square to have something to eat.

We parked in one of the garages in Union Square and walked to Blondie’s Pizza on Powell Street. It’s not great pizza, but it’s my little tradition when going to the city. We both chowed down a slice of pepperoni pizza and then walked around doing a little window shopping.

After a couple of hours of walking around we decided to grab some food at a Thai restaurant to take home. Rotchana gave it a thumbs up for it’s authenticity, so if you want good Thai food in the city, go to Bangkok Noodles on Powell.

I had to be at work early the next day so we headed back home for the day. We will return again another day to ride the cable cars, go to Pier 39 and spend time at the beach.