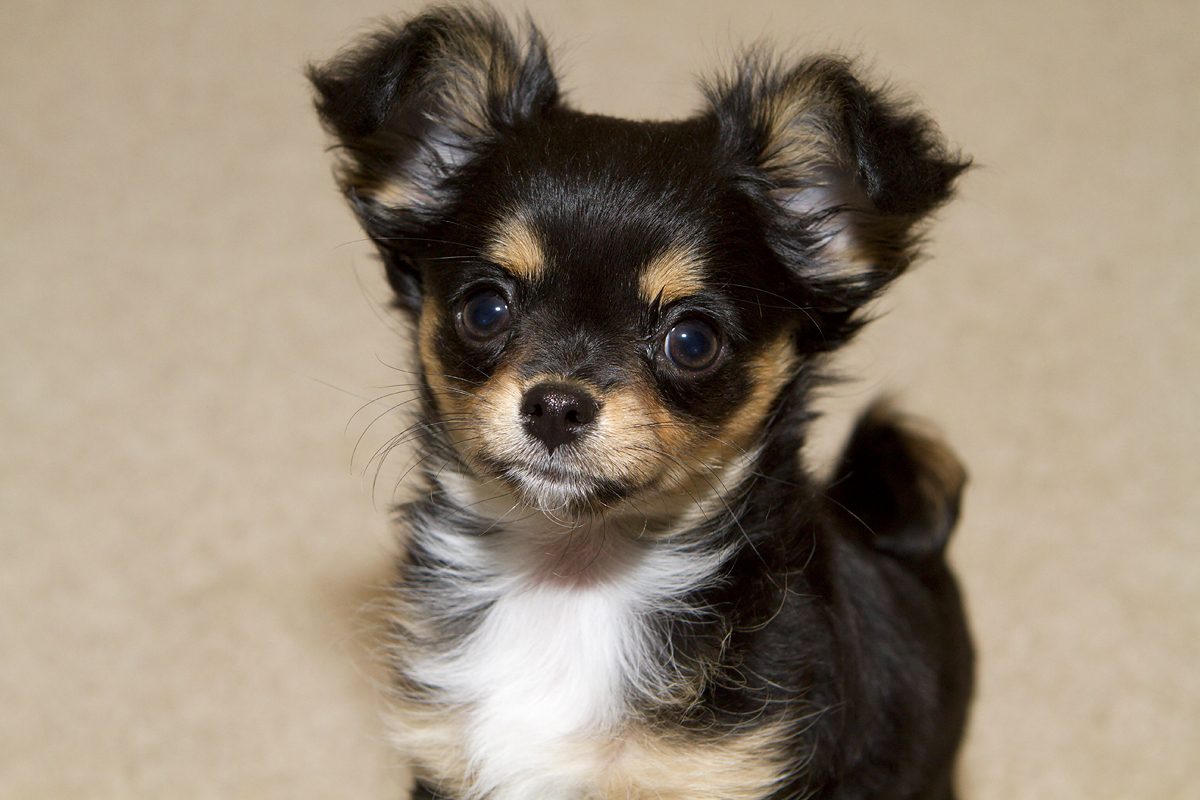 For the last 15 or so months I’ve missed having a small dog to play with so I started looking around about a month ago to see if I could find one to bring home. I wanted to get a small dog since I’m in an apartment at the moment and I’ve never been a big dog person anyway. They’re fun and have great personalities, but I just prefer the smaller dogs.

I checked with the local shelters and adoption places, but they only had adult dogs or pitbull puppies. After several weeks of looking around I started to look online. I was finding all sorts of puppies, but couldn’t decide on what to get. I eventually decided on a long coat chihuahua that was down in Southern California. She was still too young to go to a new home so I had to wait until the end of March.

About a week or two before being able to go pick up my new puppy I got a message from the lady with the puppy and she told me that her son came by and took the puppy I had picked out to take to his own home. There wasn’t much I could do even though I was disappointed.

I got back online and found another lady that had a puppy that looked nearly identical to the one I had originally picked out. The only difference was that this one was in Cedar City, Utah. She offered to have her sent to me, but it would cost $300 to do so. Not one to shy away from a road trip I decided to make the drive to pick her up myself.

I left early Sunday morning and arrived in Las Vegas just under 7 hours later. My plan was to stay the night there and then drive the remaining 3 hours to Cedar City the next day, pick up the puppy and then return to Vegas that night. I’d drive home on Tuesday morning.

The weather was really nice the three days I was out driving. I left my home Sunday morning in the rain, but spent the next three days in sunny weather. Now that I’m home again it’s been off and on raining.

When I picked up the puppy she was very small and quiet. The other dogs in the home were busy barking, but she just let me pick her up and went to sleep in my arms. On the drive back to Vegas she slept the entire time in the seat next to me. I wasn’t sure how she’d do in the car for so long, but she did great. My only concern was that I felt like the next day would be different. I wasn’t sure how a 7+ hour drive would go.

The drive home on Tuesday went very smooth, other than a 1+ hour delay due to construction in the middle of the Mojave desert. The puppy slept nearly the entire time and played a little bit with a toy she had. I stopped a few times to let her eat and go to the bathroom, and 9 hours later we made it home without any problems. I’m glad she’s good in the car because I plan to bring her with me on road trips.

Rotchana and I were trying to come up with names before I went to pick up the puppy. We finally settled on “Jaidee”. It’s pronounced like Heidi, but with a “J” at the beginning. It means “good heart” in Thai. So far I think the name fits well. She follows me around the apartment and sleeps in my lap when I’m working or watching tv. She’s very quiet, but loves to play and hops around when she gets excited. I haven’t heard her bark, but she does whimper when I have to leave her alone. She’s currently around 2 pounds and I’ve been told that she’ll probably only get to 4 or 5 pounds total. I wanted small, so I think it’s mission accomplished.

The following are some photos I took while driving, and a few of Jaidee once we got home. I took the driving photos with my iPhone. I never really noticed how saturated the photos come out, but the quality is far better than what my first iPhone produced.