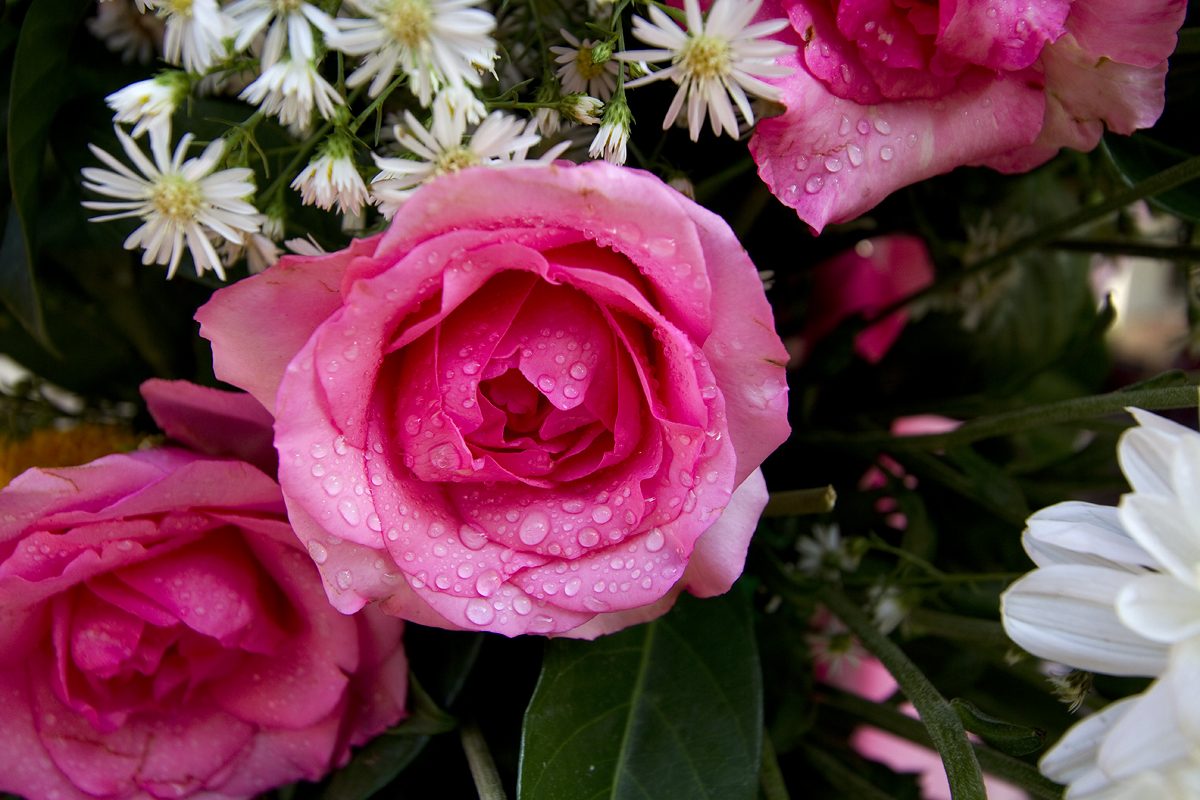 My most recent visit to Thailand gave me a crash course in a piece of Thai culture that I knew little about. Below is a description of what took place at a Thai wedding:

The day started long before the sun came up with the bride to be probably not even sleeping the night before. She was busy with the other women from the village preparing food for the next day. As with most Thai customs, food is an important role in the day’s activities. The groom had it pretty easy getting to sleep at a decent hour before having to wake up around 5:00am.

At approximately 6:00am the bride and groom saw each other for the first time that day. They were both dressed in typical Thai attire, the bride in a beautiful dress and the groom in a customary Thai suit. Monks from the local temple arrived to perform a ceremony for the couple. A room had been prepared upstairs in the home where pink curtains covered one wall where the monks would be seated in a row. There were about 10 monks and each had a small metal container sitting in front of them. The bride and groom sat on the floor in front of the monks and while the ceremony was performed they offered food to each of the monks, as well as a small monetary offering. The monks performed prayers and placed candle wax on the foreheads of the bride and groom giving their blessing for the wedding. The whole ceremony took about 2 hours in total.

After the morning ceremony everyone gathered outside at tables set up in the street in front of the house. Friends, family and neighbors from the local village were all served meals of rice, chicken, fish and noodles. In total there were about 60 or so people.

After about an hour the groom was taken down the road a couple hundred meters and was given a handful of pink envelopes. It was a little confusing as to what was happening, but we learned that the groom was to lead a small parade back to the house with some family members and all the neighbors following behind singing and clapping. It was set up to be an extravagant entrance for the groom to enter the home. Before entrance would be granted he was stopped short of the door where one of the bride’s sisters removed his shoes and socks to wash his feet. This earned her one of the pink envelopes. As the groom made his way to the door to enter the house he was greeted by different couples holding a small chain between them as a small barrier. He had to offer each person a pink envelope to gain permission to proceed. This happened several times before he finally made it into the house and back upstairs.

Once the groom entered the room upstairs he knelt down in front of one of the village elders and the bride’s mother. The last envelope was presented to the mother and a couple of prayers were said. At this point he was given permission to marry.

The bride had been hidden away during the last little bit and finally made an entrance after the groom was given the blessing to marry. She joined the groom on the floor where each was presented with a floral ceremonial necklace.

The wedding began by having the same elder from before sit the bride and groom, along with a few family members, in a circle. He rolled out a long line of string and wound around the circle with each person holding the string. He then proceeded to give one of the longest prayer chants I’ve ever witnessed. After several minutes he stopped and directed the bride and groom to exchange rings. The rings were simple gold bands, and the bride also received a gold chain to wear. They were then told to kiss to make the ceremony official.

At this point they were married, but there were a couple more traditions to take care of. The first was that each person attending approached the couple and tied a piece of string on their right wrist while presenting them with a small cash donation. This lasted quite a while as everyone in attendance took their turn. Once they were all finished they were told that they were to wear the string bracelets for 3 days.

The final ceremony was held down in the bedroom that had been prepared for the new couple. The bride and groom were not allowed to see the room prior to this so neither was sure of what to expect. As they entered the room they saw that the bed had been decorated with new linens and flowers had been placed on it. They were told to kneel down next to the bed. One of the women from the village walked over to the bed and lifted the top blanket. Underneath was a pile of money and the bride and groom were supposed to compete for the biggest pile. It was all in fun and games and they actually wound up with the same amounts, and in the end the bride got it all anyway.

By this time it was about 1:00pm and everyone was exhausted. Naps were taken while some of the people sat around and visited with each other. The wedding party was to start at 6:00pm.

The wedding party took place in a small karaoke restaurant in a nearby town. The bride and groom changed into a more western style of clothing and hosted a dinner for about 50 people. The food was good and drinks were flowing all night, with several of the guests including the bride taking part in the karaoke. The groom was smart enough to stay away from the singing.

It was a busy day with a lot going on, but it was a lot of fun. If you haven’t figured it out by now, I was the groom and Rotchana was the bride. Due to travel restrictions and last minute decisions we put a lot of people on short notice, but everyone came through with flying colors and gave us a day to remember. The only disappointing part of all of it is that the visa process for Rotchana is going to take up to 7 or 8 months, or longer to get done. The good news is that we know we’re going to be together eventually.