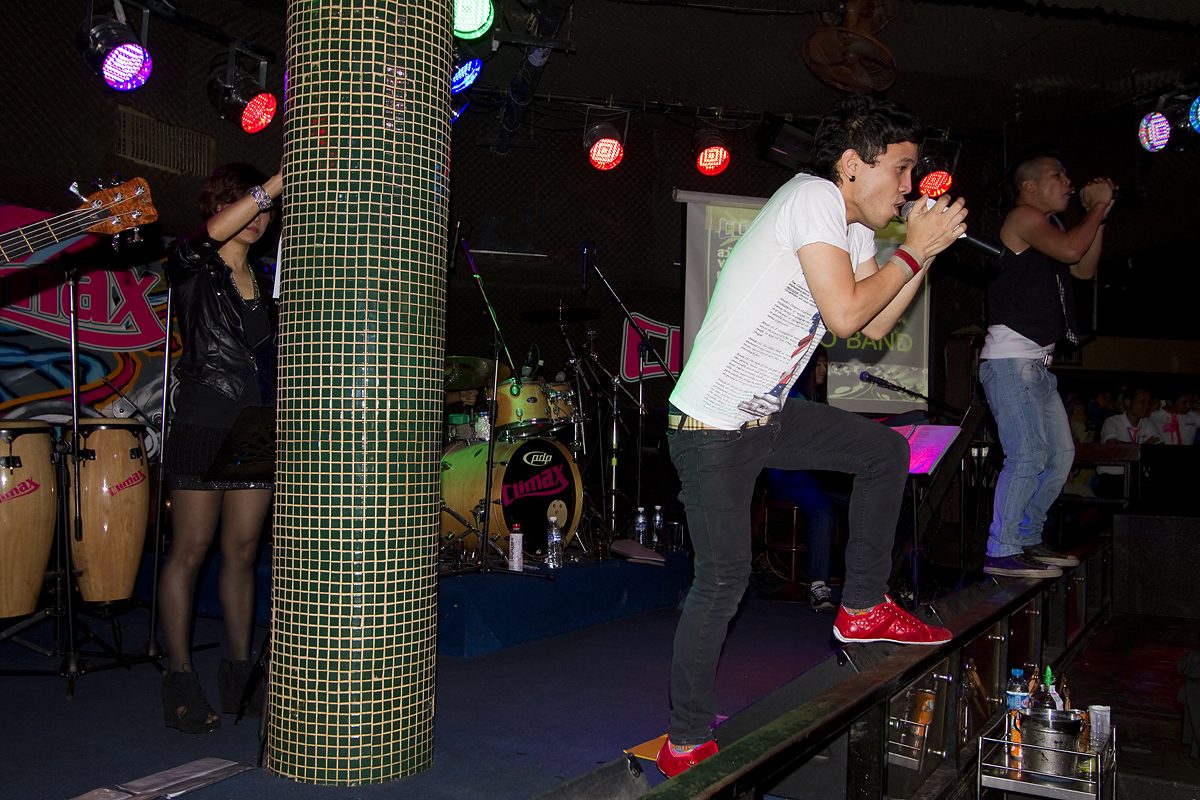 After a hurried day of last minute shopping, laundry & packing I made it to the airport in San Francisco late in the evening on Wednesday the 29th anxious for my flight that was scheduled to leave at 1:20am on Thursday.

The plane ended up taking off about 30 minutes late, but the 14 hour flight to Hong Kong went well. I was able to sleep for most of the trip with only a small break in the middle to get up and stretch my legs. Once I arrived in Hong Kong I found out that my connecting flight to Bangkok would be leaving about one hour later than scheduled. My layover was only going to be an hour so an extra 60 minutes wasn’t so bad. I took the opportunity to walk around the terminal and get the blood flowing again after sitting for so long.

My flight into Bangkok landed around 11:30am on the 1st of July. New and her friend Som met me at the airport in Bangkok and we went straight to the apartment I’d be staying at for the next 10 weeks. I got settled in and took a shower before we headed out for lunch with some more of New’s friends.

After lunch we went back to the apartment to rest a little since my only sleep was on the plane. The one hour nap was just what the doctor ordered. I felt a lot better afterward and looked forward to going out again.

We went to a karaoke bar/restaurant out near the airport for dinner. They took us around to a small room that had a table for 6, and a small sofa with a large flat screen for the karaoke. New and her friends had a fun time singing along to a lot of Thai songs as well as some American tunes. I didn’t sing despite the constant requests to do so. I didn’t want to ruin anyone’s evening by attempting to carry even the simplest of tunes. They were doing a good enough job of providing the laughter anyhow.

After a few hours of butchering a lot of songs and finishing off a very good meal, we decided to go to a night club to see a band that the girls enjoy. They’ve become friends with a couple of the people in the band and like to go when they are performing. The band plays a lot of popular songs from the US and they did a good job of covering them. The crowd was really into the music which made it a fun atmosphere.

We finally called it a night around 2:30am. Needless to say I was ready for a good night’s sleep.

Yesterday and today were lazy days. There is an election going on in Thailand and most of the night spots are closed since alcohol is forbidden to be sold over the weekend. We’ve spent the time to do a little shopping and watch some movies.

New and her friends like to go to Club Climax in Bangkok for a fun night out. The club is located in the basement floor of a large hotel just a short distance from the main street called Sukhumvit. The club features several live bands and a DJ and gets a full crowd every night. The place really gets busy after 11:00pm and stays busy until well after 3:00am.

There are two bands that play regularly that the girls plan their visits around. They’ve gotten to know some of the band members and always sit at a table right off the stage so they can dance and sing along. The music is mostly covers of popular American music, but they throw in a few Thai songs here and there. It’s a fun time, but my ears are still ringing the next day.