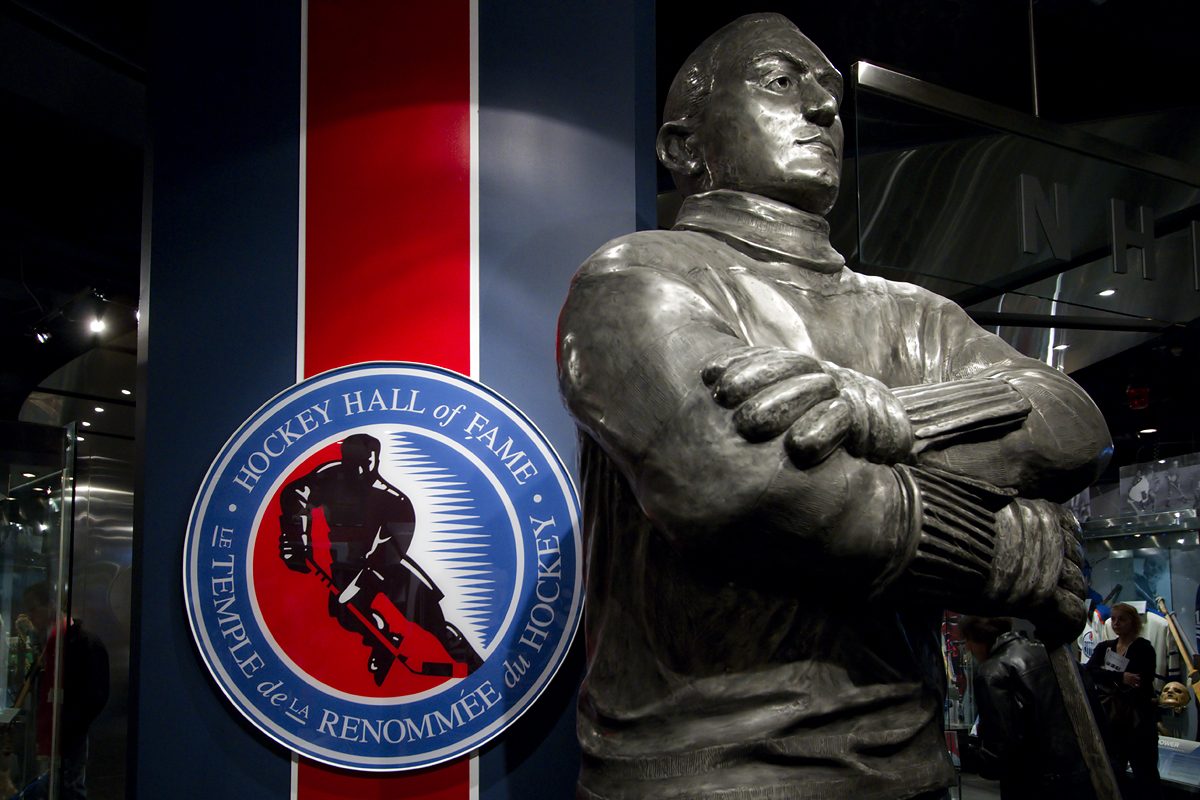 I left the house at 5:00am to catch a flight from Sacramento to Buffalo, NY. As is typical with Southwest Airlines I got a tour of the country enroute to Buffalo. We made a quick stop in Burbank and then another stop in Phoenix before finally heading east. The flight was uneventful, but it was a long day of traveling. I finally made it to Buffalo around 7:00pm.

I had a rental car waiting for me so I could finish the last leg of my trip to Toronto. The drive is about 100 miles or so, and being dark out already there wasn’t much to see. I did go a little out of my way to stop by Niagara Falls, though. I stopped along a road that runs beside the Niagara River down a bit from the falls for a view of the Rainbow Bridge and the Canadian side of the falls. I didn’t have a view of the falls, but the bright lights of the hotels and casinos made for a colorful scene with the mist of the falls coming in from the left. I needed a tripod, but didn’t have one with me so I made use the best I could with a chain link fence so I could take a picture.

I made it into Toronto by 9:30pm and got checked into the hotel. The next morning I picked up my friend Sam from the airport and we began our weekend of doing all things hockey related. We had a busy weekend planned.

I picked up my friend Sam from the airport on Friday afternoon. After a quick bite to eat we headed over to the International Centre where the 40th Sports Card and Memorabilia Expo was being held. The show is held twice a year and has over 400 tables of hockey cards, memorabilia and collectible items to look at, trade with, or buy from. It’s considered the largest show of it’s kind and attracts dealers and collectors from not only Canada and the US, but from as far away as Europe.

We spent the afternoon looking at all of the tables to see what was available. Sam had brought a handful of cards to do some trading, and he was also on the lookout for some specific cards of his favorite player Bernie Nicholls. There were a lot of nice cards, both old and new. It was apparent that the show was really centered on the high end stuff and not so much concerned with the common cards most shows have. A few of the card manufacturers had booths set up for collectors to acquire special redemption packs when opening up boxes of their cards. There was a lot to do and see.

We left the show in the evening and headed back to our hotel in downtown Toronto. Nearby our hotel were a lot of shops and restaurants so we headed out for dinner. We ate at a local brewery and then headed back to the hotel for the night.

Saturday morning we left early to get some breakfast and then arrived at the card show when the doors opened up. We spent the entire day looking through stacks and stacks of cards hoping to find a few that we were interested in. Sam purchased a couple boxes of cards and we tore them open hoping to get one of the cards he was looking for. The Nicholls cards were proving to be a challenge, but he got quite a few other cards that were nice to have.

We left the expo in the afternoon to head back into Toronto so we could attend the Vancouver Canucks game against the hometown Maple Leafs. It was ‘Hockey Night in Canada’ and it was expected to be a big event. We arrived early to the arena to walk around and look at everything. It’s always exciting to attend an NHL game, but to do so in Toronto is quite a treat. Our seats for the game were at center ice about 22 rows up from the action. I don’t think there’s a better location to watch a game. The game itself was fun as there were 8 goals scored and one fight. Vancouver won the game as expected, but the local fans were happy to see their team put up a good challenge.

Sunday morning started out the same as Saturday with us leaving early to grab a bite to eat before heading back to the expo for the final day. Sam traded a few cards with some of the dealers and picked up a few final cards for his collection. All in all it was a great show. I haven’t collected cards in quite a few years, but it made me wish I hadn’t stopped. It’s a little overwhelming with all the new sets that are out, and the cost of some of the cards is crazy, but there are still affordable cards to get.

We left the expo a little after noon so we could go to the Hockey Hall of Fame. We went to the Hall of Fame back in ’91, but it has since moved into a location downtown and expanded it’s size so we were anxious to see it. Last week there were new inductees to the Hall of Fame, including it’s first female members. There were a lot of really nice exhibits for the inductees, the different teams, international competition, and the Stanley Cup itself. We spent quite a few hours wandering around looking at everything.

After leaving the Hall of Fame we decided to go have dinner at Wayne Gretkzy’s restaurant. The entire restaurant is decorated with Gretzky’s memorabilia. After ordering our meal we walked around taking a look at all of the items. The food was good, but looking at all of the hockey stuff was even better.

I dropped Sam off at the airport at 6:30am on Monday and headed back to Buffalo for my flight. It was a busy weekend, but well worth it. It was great spending time with Sam and doing all of the hockey related stuff together.