Fall in the Sierras 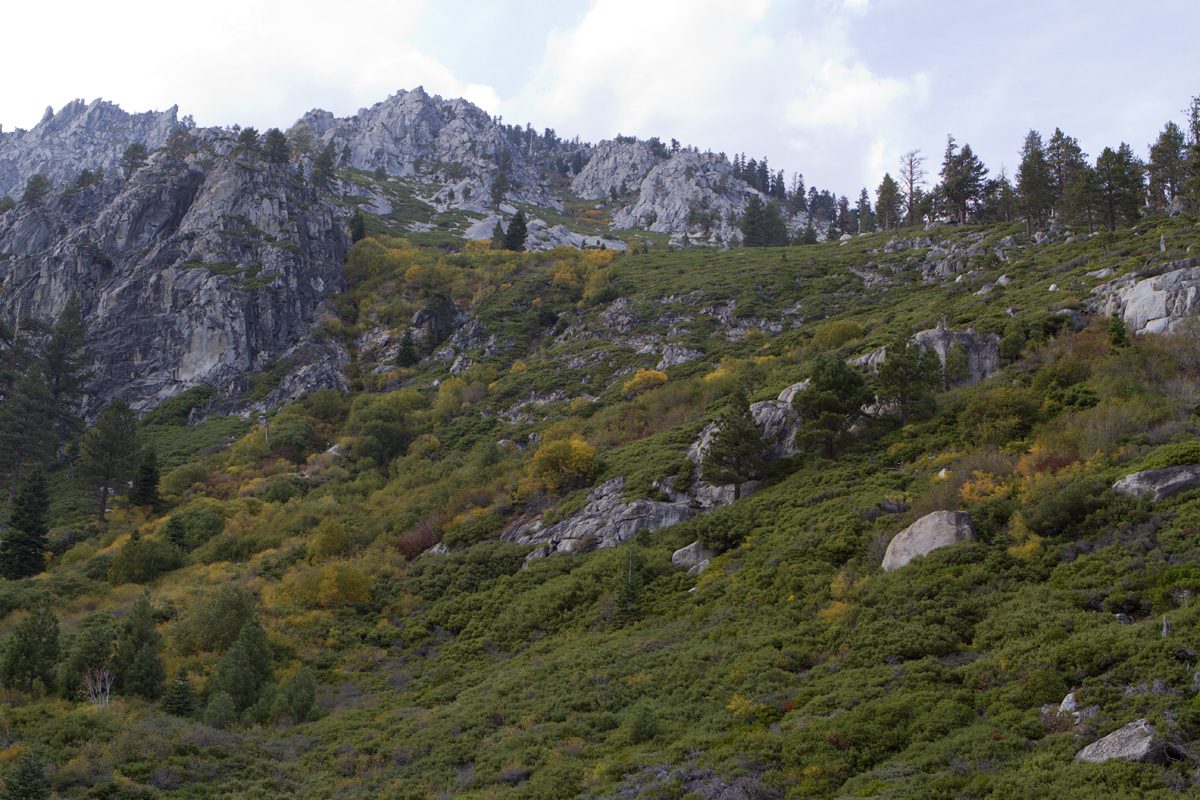 Yesterday I went on a long drive to see if I could find some Fall colors here in California. I’ve been back in New England this time of year and it’s very impressive. I figured there has to be parts of California that can display that same variety of color. I’d been doing some research online and found a site that wrote daily updates for Plumas County’s colors. The information seemed to indicate that the colors were peaking so that’s where I was headed.

I left the house at 7:00am to make the 2 hour drive to Oroville and then farther east up the Feather River along highway 70. The drive up through the canyon was nice and the scenery was beautiful. Not much in the way of colors, though. Due to the lower elevation it would probably be a couple more weeks for the colors to really show up. I made my way up to highway 89 and decided to head north to Lake Almanor. There were reports that the colors were really going strong. I drove up the west side of the lake towards Chester. There were some scattered spots of yellow here and there, but I didn’t come across anything spectacular.

I stopped along the highway at a sign for Indian Falls. It was a short hike down the hill to the water so I thought I’d check it out. Getting down to the water was easy enough, but the falls turned out to be about 5 feet tall and was nothing more than the river falling over a ledge of rock. It was pretty, but I’m spoiled with the larger falls found in Yosemite and the like.

Once I arrived in Chester I found that many of the colorful trees aren’t found out in the open, but rather they are simply trees people have planted in their yards as landscaping. There were a few trees scattered here and there with color, but it was the planted ones that had all the color. They were beautiful, but I was looking for what Mother Nature had provided and not Joe the Landscaper.

I headed back down south along the eastern shore of Lake Almanor. I found a small spot along the highway that ran next to a river. There was quite a bit of color down by the water, but there was no way to get to it. I was lucky enough to find a few breaks in the trees to get a view and take some photos.

I made my way into Quincy where I stopped for gas and a bite to eat. The situation was very similar to what I found in Chester. There were a lot of colorful trees, but they were mostly found in people’s yards or planted along the streets. I made my way further south towards Graeagle hoping I could find some more color. There were quite a few aspens that were bright gold, but nothing in the way of the reds and oranges that I really wanted to see.

I had been in Hope Valley two weeks ago on a quick trip up to Caples Lake and remembered that the colors were probably peaking about now. I decided to head south to Truckee and cut over to Lake Tahoe. It was getting late in the day and I wasn’t sure if the storm clouds that were heading in would prevent me from seeing anything once I got to Hope Valley, but I figured it was worth the extra miles.

After a couple hours of driving and getting past some road construction I made it to Happy Valley just before the sun was about to set behind the mountains and clouds. The light wasn’t great, but there were some impressive aspen groves to look at. The highway was completely different from when I was up there two weeks ago. The aspens were really going strong and it was yellow just about everywhere. There were still some green spots here and there, but with the storm that was currently blowing in I imagine this was the last day of really seeing much.

534 miles and 13 1/2 hours later I was back at home. I didn’t find what I was really looking for, but the scenery was still really good and it was nice to see that California does show some personality with the changing of the seasons. If anyone knows where I can find the reds, oranges and yellows here in California that isn’t part of someone’s yard please let me know.