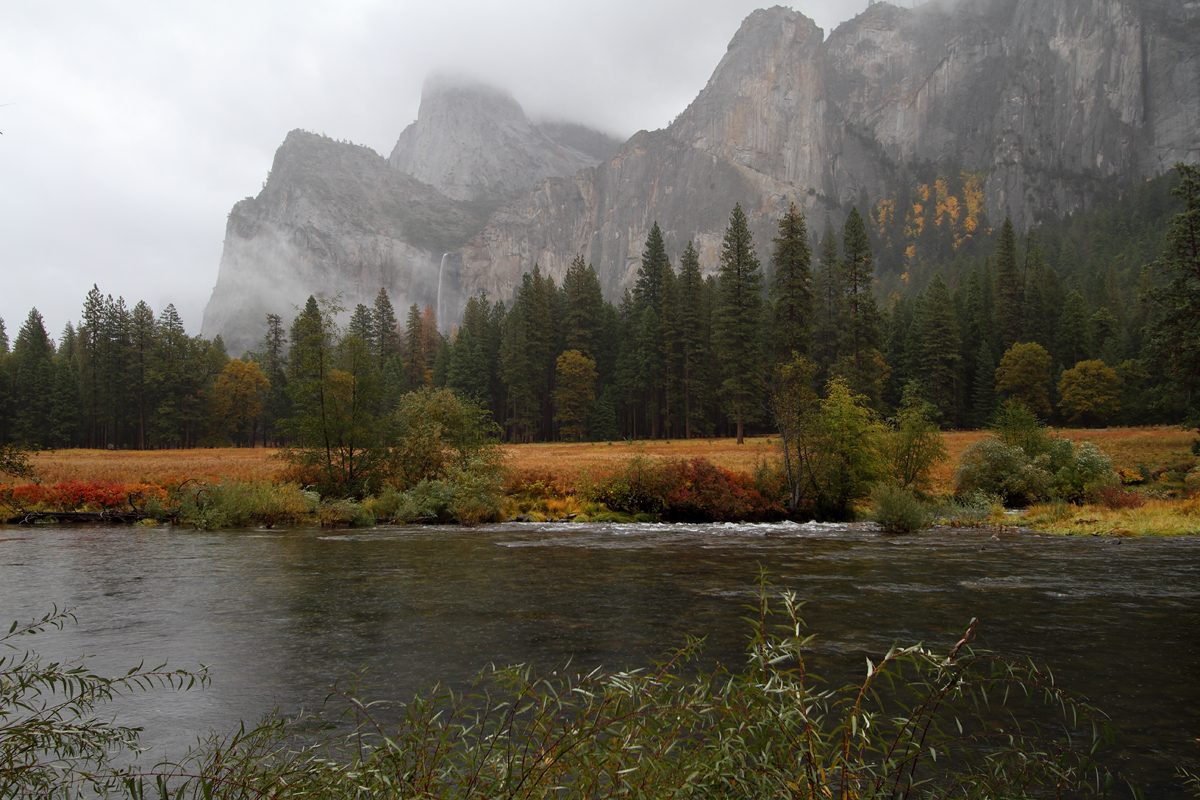 Two weeks ago to the day I took a quick day trip up to Yosemite NP to try out my new camera. I left the house at the ungodly hour of 5:00am and made the trip up to the park in about 2 1/2 hours. I knew there was a chance of bad weather so I decided to head up to Tuolumne Meadows first before heading over to the more popular Yosemite Valley.

The sun was out here and there despite some pretty dark clouds moving quickly into the area. As I made my way up the highway I stopped now and then to take a few photos. The conditions were not the best for testing out a new camera, but I took a few here and there. The temperature hovered at around 35 degrees and the passing clouds changed a nicely lighted scene into a dark shadow within minutes of my stopping. It seemed as though I was chasing the clear patches in the skies above, but after about one hour I had to raise the white flag. A mixture of snow and freezing rain made it nearly impossible to get out and take any photos. It was then that I decided to leave the high country and take my chances in Yosemite Valley. Little did I know at the time, but within an hour of my leaving the area the roads were closed for the day due to heavy snow and low visibility. I’m glad I missed that.

Yosemite Valley is always a treat to visit no matter the weather. It was raining pretty steadily for the few hours I drove around, but I popped out now and then to attempt to take a photo or two. My new camera is designed for bad weather so that worked out fine. It was just a chore trying to keep the lenses clear of rain so the images wouldn’t come out all blurry. After driving the loop I decided it was probably best just to head home and plan to come back when the weather is a bit more accommodating.