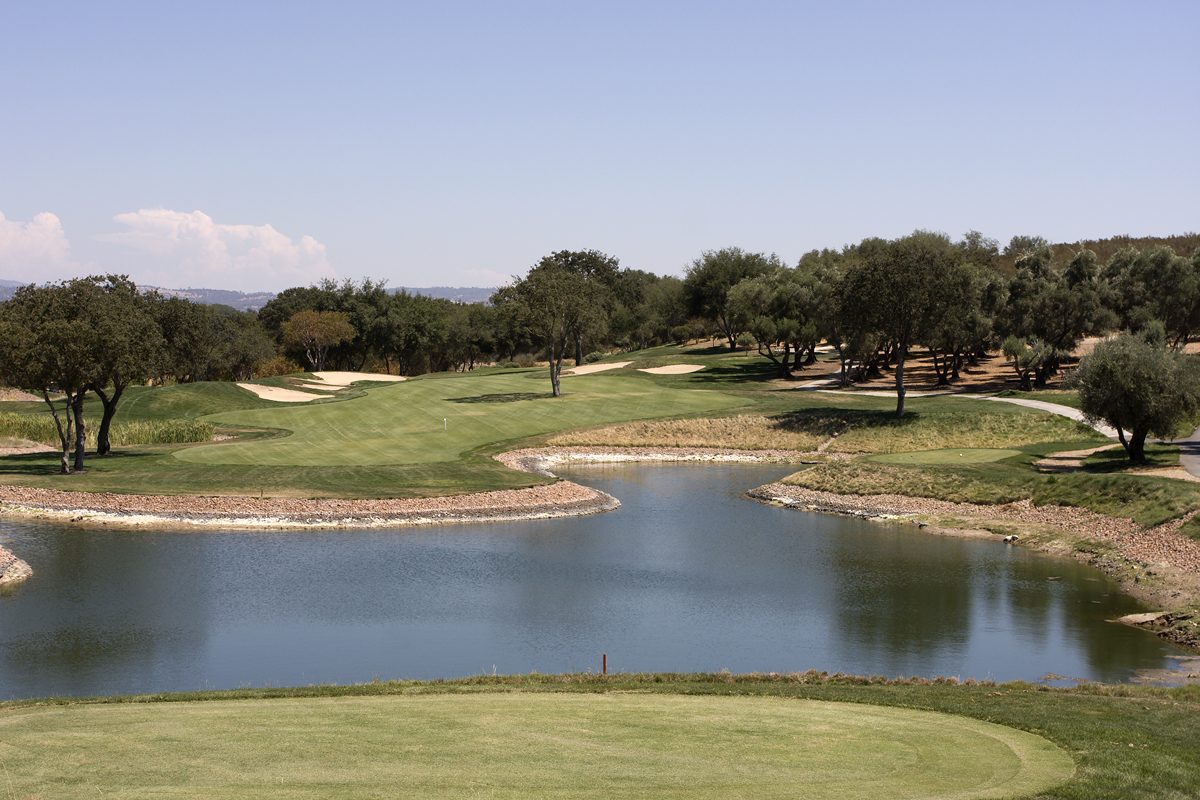 A couple of years ago I read a story in a local newspaper about a man from a small community about 30 minutes from my home that built a golf course on his property. He purchased the property in the mid 90’s as a cattle ranch, but soon converted it to an olive orchard producing oil for sale locally. He had a bigger vision, though, and decided about 5 years ago that he wanted to build a golf course on the property. That’s where things get interesting.

With his own time and money he designed and began building his course. No expense was spared as he installed state of the art irrigation systems, put in special turf that would withstand the heat of summer, and meticulously landscaped the surrounding areas. Over a period of several years he continued work until the course itself was completed. The only remaining projects are a clubhouse and amenities, which will include a day spa at some point.

The course itself has received rave reviews from players not only locally, but those that have played on the PGA Tour and Senior Tour. Golf Magazine and Golf Weekly have both published articles listing the course as one of the top courses not only in California, but in the country. All this and the course isn’t officially open for play.

Everything sounds great, right? Well, here’s where it gets interesting. The owner of the property never got permits to build the course. He just built it and didn’t bother with the formalities. It’s hard to imagine that he could build his course without anyone knowing what was going on. There’s talk that he had a handshake deal from previous council members that he was in the clear. The problem is that those members are no longer in position and the current members are adamantly opposed to the project. There is a lot of arguing going on concerning ground water levels, as well as other environmental impacts that weren’t addressed. Both sides seem to have pretty good arguments for their position, but at this time the courts have said he can’t operate the course as a business. From what I’m reading, not only can he not run the course as a business, but he’s supposed to go back and return the land back to it’s previous state, which would be a huge undertaking not to mention being very expensive. The owner is currently appealing his case and I’m sure things will be contested for many years to come.

In the meantime, the owner has come up with ways to get around the “no business” ruling. There are several variations that will get you on the course. One is to purchase a day pass for bass fishing on the many ponds located throughout the property. Tired of fishing? Go hit some balls on the course that just happens to be on the same property. Or, purchase some olive oil and take an orchard tour. Might as well stick around and play a little golf, too, right? One way or another you’ll be purchasing something that you don’t necessarily want or need, but you’ll end up on the golf course.

That’s exactly what I did last Thursday. A colleague of mine and I went up there for a 9:00 tee time. We purchased our olive oil and then hopped into a golf cart to play the course. Considering that there is only a handful of players on any given day, it was amazing to note how well taken care of the course was. I can’t imagine the cost of irrigating and maintaining the entire course. We paid $100 each for our day, but you’d think they’d need a lot of players regularly to offset some of the overhead. That aside, the course was great. Each hole was different enough to keep things interesting and the scenery was really great. The green fairways were lined with the golden grass on the hills with lots of water and colorful vegetation sprinkled amongst the oak trees. I can see where the rave reviews were justified.

I’m not sure what the future holds for the course, but I was glad that I got to play it just in case it does get shut down for good. Maybe I’ll get out there again and actually take the tour!