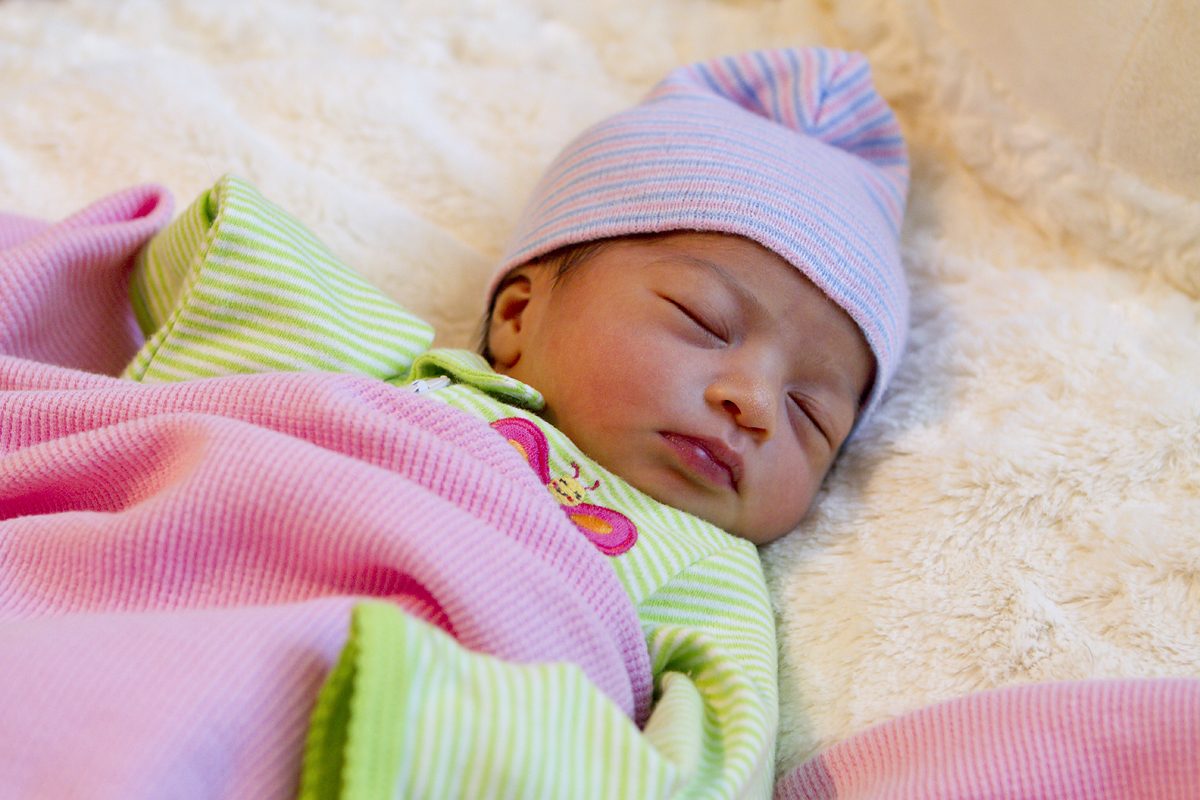 It’s been quite an adjustment the last 5 days. What used to be a fairly regular routine has been completely turned upside down, but there are no complaints. Everyone warned me prior to the baby arriving that sleep would no longer be an option. That has turned out to be true to a degree, but surprisingly it has also been much less of a problem than had been anticipated.

Victoria’s first night at home was about what we expected. Clean a diaper, feed and then put down to sleep, and then repeat. Just as we’d think she was down for a bit and we climbed into bed to catch some rest of our own Victoria would wake up and we’d pop up and do it all over again. Knowing we’d be getting up every couple of hours to feed wasn’t a big concern. It was the anticipation of not knowing how long that next bit of rest would last. More times than not it was much shorter than we would have preferred.

The second night, and every night since then has been pretty easy. We get up every couple of hours to feed Victoria and then we get to go right back to sleep. So far there haven’t been any surprise cries or fits that have interrupted our sleep. We’re tired from having to get up throughout the night, but it’s been a lot less stressful. We’re completely aware that it might all change on any given night, but we’d be very happy to have this be the normal routine.

Victoria seems to be adjusting well to her new home. She’s already made friends with our dog, Jaidee. Jaidee always runs over when Victoria cries and gives her a gentle lick on the hand. There have been a few times where that was enough to get Victoria back to sleep.

Victoria spends a majority of her time sleeping. We’ve taken quite a few photos, but they all start to look the same as the poses don’t change very much. I’m sure she’ll become more active sooner rather than later.